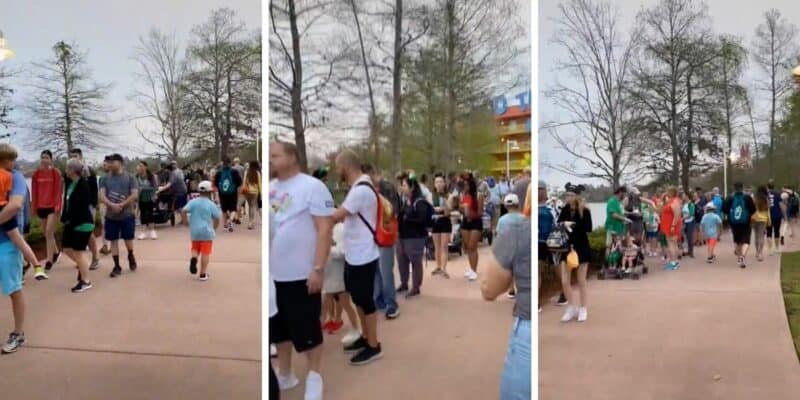 Many Disney World Resort Guests have been taking to social media to share frustrations, including those relating to transportation lines.

We recently reported on the insane bus lines at Disney’s Art of Animation Resort. Now, we are seeing insane Disney Skyliner lines in the morning as Guests are eager to get to their preferred destination.

On a recent Walt Disney World vacation, one TikTok user was staying at either Disney’s Pop Century or Disney’s Art of Animation Resort. When they arrived at the Resort Skyliner line in the morning, they were shocked at how long the line was.

As seen in the video below, the line stretched from the Skyliner hub, all the way throughout Disney’s Pop Century. The user said that despite the long line, the wait was approximately 25-minutes long.

How long have you waited for the Skyliner at a Disney Resort? Let us know in the comments below.