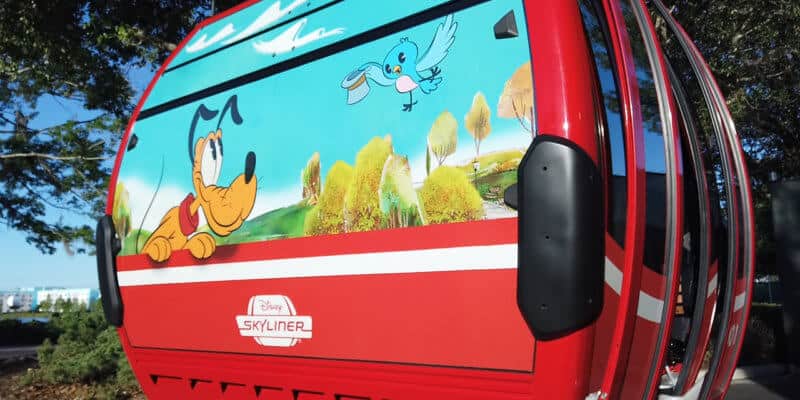 Walt Disney World is seeing great expansion over the next few months, which fans everywhere are extremely excited for! However, a union leader says Disney World firefighters are “stretched to the max” and are being asked, “to do more with less.”

On August 29, Disney’s Hollywood Studios will see the opening of Star Wars: Galaxy’s Edge and coming later this year, the resort will also see the integration of the Disney Skyliner Gondola transportation system, in addition to new rides and hotels throughout the rest of the year. As it seems, this may all be too much for the Reedy Creek Fire Department, according to Tim Stromsnes, president of the Reedy Creek Firefighters Association.

“We’re stretched to the max,” Stromsnes said. “They’re asking us to do more with less.” “Why are we doing such a disservice to the visitors, to the tourists who come to Disney, and not giving them an adequate amount of firefighters to do these operations? We don’t have enough firefighters to make them safe.”

Although, according to Disney spokeswoman Andrea Finger and Reedy Creek Improvement District administrator John Classe, they disagree. Both say Disney guests are the company’s biggest concern.

“The safety of our guests and cast is, and always will be, our core focus in operating our parks and resorts,” Finger said in a statement.
Classe said he’s confident Reedy Creek provides “appropriate levels of fire and medical services,” via an email to Orlando Sentinel.

Reportedly, this back and forth was all an attempt to negotiate the union’s current collective bargaining agreement.

In a recent interview with Orlando Sentinel, Stromsnes expressed concern that Reedy Creek has added more equipment to Walt Disney World but not enough manpower to keep it safe. Specifically, 300 gondola cabins, which will sit up to 60 feet in the air and can stop over large bodies of water (Disney Skyliner transportation system).

Classe says that Reedy Creek spent $1.4 million on equipment in case of this issue, including a truck that can go up to 116 feet and another truck for about $840,000 that can reach up to 173 feet in the air.

Reedy Creek firefighters will also be able to access the gondolas by using a barge bought by Disney on a lake along the route.

New training has been put in place in preparation for the new transportation’s opening. However, Stromsnes says the company has not hired more people and the firefighters already on duty will be required to handle any calls with the high rise equipment. “We have the equipment,” he said. “We just don’t have the people.”

According to Stromsnes, in 2019 the Reedy Creek Fire Department made a request for 40 new positions. Although, only two, which were administrative positions, were added to the payroll. Stromsnes says his frustrations are not aimed at Disney but at Reedy Creek.

Stromsnes says he’s worried about not having enough firefighters on duty, especially with the expansion of Star Wars: Galaxy’s Edge opening Aug. 29, which will be a 14-acre land expansion.

Additionally, Disney is also adding more hotel rooms on property, which can also account for more possible fires in even more places than ever before.

According to Orlando Sentinel, these firefighters take calls for more than just fires. They also have helped people with disabilities evacuate rides when they’ve broken down, they assist with car accidents or when somebody is hurt. Reportedly, last year they battled a fire in a parking lot at Magic Kingdom. Most often, the Walt Disney World firefighters deal with medical calls.

Similar to how it does with other local fire departments, Orange County Fire Rescue has a mutual aid agreement to help Reedy Creek firefighters, says spokeswoman Carrie Proudfit.