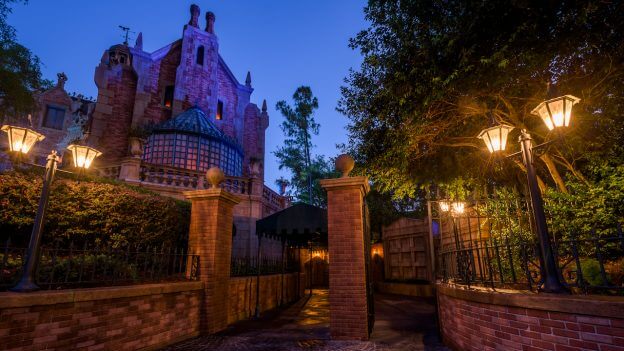 A former Walt Disney World employee was arrested and accused of stealing over ,000 worth of costumes from the Haunted Mansion attraction in the Magic Kingdom.

Click Orlando reports that according to an Orange County arrest affidavit, 24-year-old Patrick Spikes has been charged with burglary of an occupied structure, dealing in stolen property, and grand theft. Spikes is also accused of selling the property he allegedly stole from the Magic Kingdom, the theme park which he reportedly used his Disney employee ID to enter.

The arrest affidavit shows that Spikes was caught taking a photo of the Magic Kingdom utilidor area, the tunnels underneath the theme park that are only accessible by Disney employees. Disney security investigators also told authorities that Spikes would take photos backstage while he was an employee, and he was also known to run a social media account, where he would share backstage photos online.

In addition to being accused of stealing and selling Haunted Mansion costumes, Spikes may also be connected to the stolen Buzzy animatronic from the former Epcot attraction Cranium Command. Spikes runs the now offline Twitter account @backdoordisney and the also his now offline YouTube channel.

Back in August 2018, Disney reported to authorities that the Cranium Command animatronic had been stolen. The affidavit shows that Spikes had photos on his phone of other animatronics as well as merchandise that had been stolen from Walt Disney World property. Additionally, at the end of April, authorities came in contact with a man who allegedly purchased stolen Haunted Mansion merchandise from Spikes. The man who purchased the items shared that Spikes had obtained the items from Disney property without permission.

Spikes is out of jail on bond. The full arrest warrant is here. 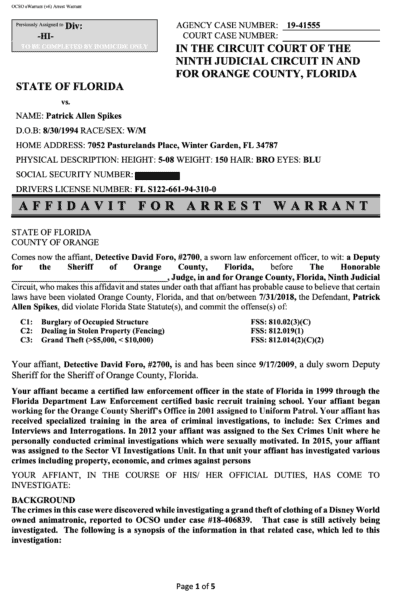 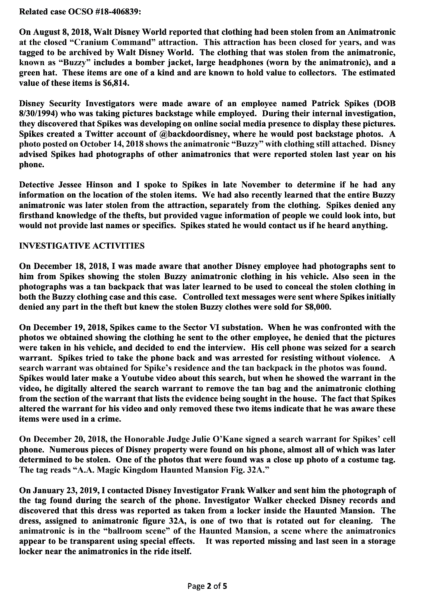 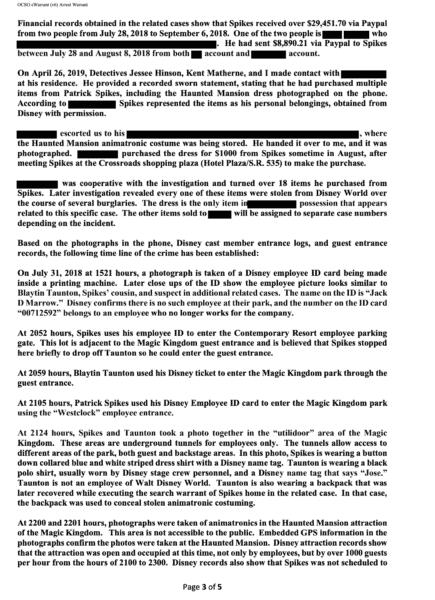 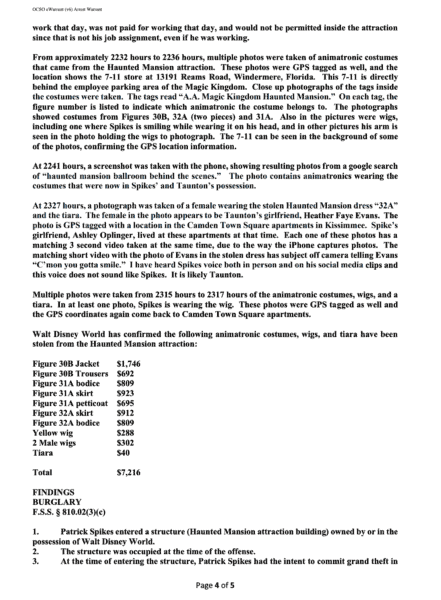 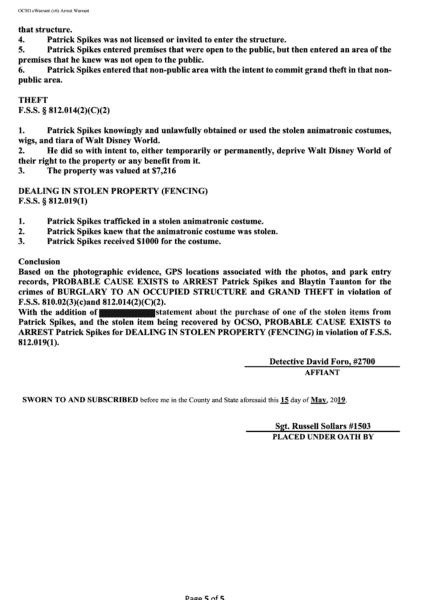 Comments Off on Former Disney employee arrested for stealing $7,000 worth of Haunted Mansion costumes