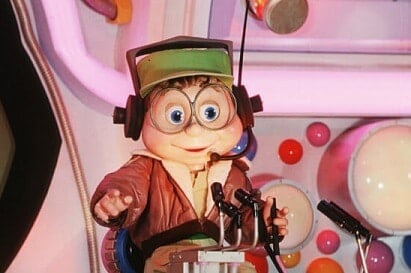 According to an incident report released by the Orange County Sheriff’s Office, several pieces of Buzzy’s clothing were stolen, but there’s no indication that Buzzy himself is missing.

The report was shared by John Gregory of Orlando Rising and states that sometime between August 1 and August 8, 2018, an unknown subject entered the backstage area of Wonders of Life. That person took Buzzy’s bomber jacket, cap, and rubber molded hands, but no report indicates the full Buzzy animatronic was stolen. The OCSO report is pictured below, with personal information blurred out. 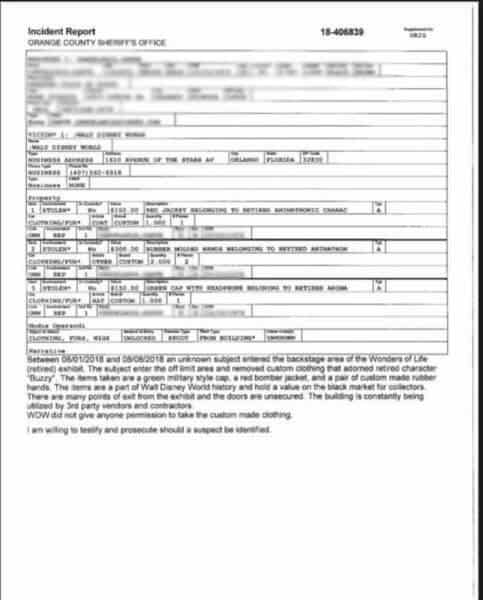 There’s still speculation online that the clothing theft was a separate, earlier incident, with the theft of the full Buzzy animatronic allegedly happening more recently. However, Gregory disputes that theory.

There is no *other* theft. Other doc released by OCSO summarizes questioning of suspect. Case number matches that of Aug. 8 report. #FindBuzzy

I cropped out his name, address and DL number. pic.twitter.com/P5Vrha6Twc

Hundreds of Disney fans have taken social media by storm after a Twitter user posted yesterday that an animatronic character was allegedly stolen from EPCOT in Walt Disney World.

Twitter user DreamfinderGuy broke the news on Friday, sharing that Buzzy, the animatronic character originally found in EPCOT’s Cranium Command attraction in the Wonders of Life pavilion, was allegedly stolen.

Okay, I've got an update on BackDoor and a major new story to break. Buzzy was stolen from Wonders. OCPD was convinced he took him, so they got a search warrant and didn't find him. Twitter page is down for now, please contact OCPD if you know anything about Buzzy's whereabouts.

The Search Warrant was supposedly made on the grounds of him being in the building at the time. If you know ANYTHING, please contact the OCPD. Myself and PLENTY of others would love to see him safely returned home!

Cranium Command was an attraction that humorously showcased the importance of the human brain, with Buzzy being the attraction’s star animatronic. The attraction ran from 1989 until it was closed in 2007, and it has remained in the Wonders of Life pavilion ever since. The Wonders of Life pavilion in EPCOT has been closed for now. The space is only used seasonally as a festival center during EPCOT’s International Food & Wine Festival.

Neither Disney nor the Orange County Police Department has confirmed or denied the alleged theft of the animatronic, although hundreds of fans seem to be trusting DreamfinderGuy’s Tweet. While we are still unsure of the whereabouts of Buzzy (as well as how much time has passed since the animatronic’s alleged theft), it can be said that if Buzzy was stolen, the person who stole the animatronic likely knew how to access it.

This is Buzzy. He used to be a part of Cranium Command at EPCOT before the attraction closed. He was to be saved as a part of Disney parks history.

He has been stolen. If you recognize him or know of his whereabouts or see listings on merchant sites contact OCPD! pic.twitter.com/0VLKarhbtH

Though Buzzy’s former attraction has been closed for over a decade, the alleged theft of Buzzy has shaken up Disney fans. Several fans of Buzzy and the Cranium Command attraction and the extinct Wonders of Life pavilion have taken to Twitter to share their opinions of the situation. Some Disney enthusiasts have blamed Walt Disney World for not archiving the animatronic sooner, while others are urging their followers and members of the Disney Twitter community to find Buzzy, even starting a hashtag: #FindBuzzy.

DISNEY
SHOULD
HAVE
ARCHIVED
BUZZY
SOONER

This is what I’m thinking, like maybe if buzzy had been safely placed in the archives when cranium command closed over 10 years ago instead of being left to rot backstage, this wouldn’t have happened. https://t.co/hT62jgnOlV

If you know any information about the status of Buzzy, please contact the Orange County Sheriff’s Office.

We will continue to update this article with more information as the story develops.