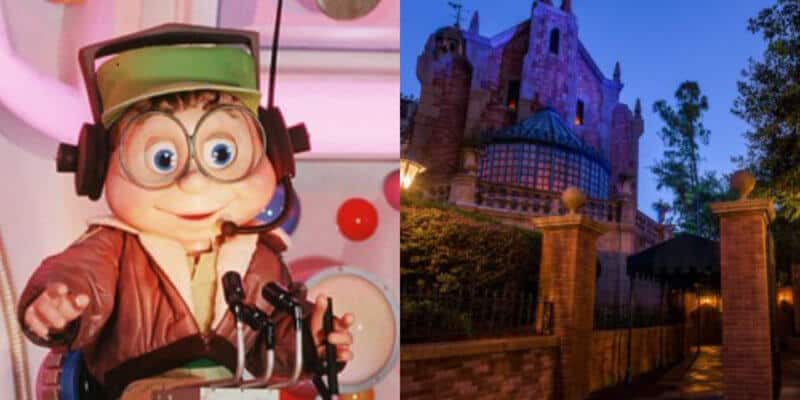 Patrick Spikes was infamously accused of stealing clothing off the Buzzy animatronic at EPCOT as well as being charged with grand theft and trafficking in stolen Haunted Mansion costumes from Magic Kingdom, according to court records. Now, he’s broken his silence in a new interview where he reflects on his alleged crimes and his current whereabouts.

For those who don’t remember, we originally shared the news of the theft of Buzzy from EPCOT’s Wonders of Life Pavilion in December 2018, when it was believed the full $400,000 animatronic had been taken. However, in a later report, it was revealed that the animatronic itself had not been taken, but it was believed that his clothes had been stolen by an unknown subject who entered the backstage area of Wonders of Life.

This theft was followed by Spikes’s arrest in May 2019 after he was accused of stealing and selling over ,000 worth of costumes from the Haunted Mansion attraction in the Magic Kingdom–which he was believed to have been able to come in contact with using his Disney ID to enter secure areas (he is a former Cast Member).

Court records revealed one of his customers included NBA Player Robin Lopez, who he reportedly sold Buzzy’s costume to for $8,000. According to Orlando Sentinel, this was in addition to a sign from the Great Movie Ride in Disney’s Hollywood Studios for “a couple thousand,” $500 for a sign that references a general on it from the Cranium Command attraction, and a Disney employee uniform for “a couple hundred bucks.

These items were among many others, which Spike and his cousin Blaytin Taunton were accused of stealing. This was in addition to several other charges the two men faced.

“I don’t think I’m as bad a guy as people think I am,” said Spikes in a phone interview with Orlando Sentinel–where he revealed when recognized by strangers the first question he is always asked is: “How did you get away with it?” To which Spikes answered, ““I really didn’t.”

In his interview, Spikes also shared how he found the media to portray him as a criminal mastermind. But in reality, he says he just took advantage of lax security at Disney to get backstage.

“Anybody could do it,” Spikes said. “Walmart has better security than Disney…I wasn’t sitting here, (thinking) that’s a second-degree felony, 15 years in prison.”

However, looking back, Spikes says: “I’ve learned my lesson. That [expletive] sucks, being scrutinized by the media, having to go the courtroom.”

Under the plea deal, Spikes pleaded no contest to dealing stolen property and has already paid his required $25,308 in restitution. This includes $10,700 to Lopez and $6,703 to Disney, court records show. He also performed 250 hours of community service.

For those wondering what happened to Buzzy, it’s worth noting in Spike’s interview, he denied stealing Buzzy and stated: “It’d be ridiculous to steal a 300-pound animatronic.” He added that he believes Disney misplaced it and has stayed silent to avoid embarrassing media coverage.

As for Spikes current whereabouts, he now resides in North Florida, owns a business (which he declined to elaborate on to the Orlando Sentinel), and tries to avoid social media. As many might have guessed, Spikes has been banned from the Disney Parks but is hopeful the company will lift the trespass order someday.