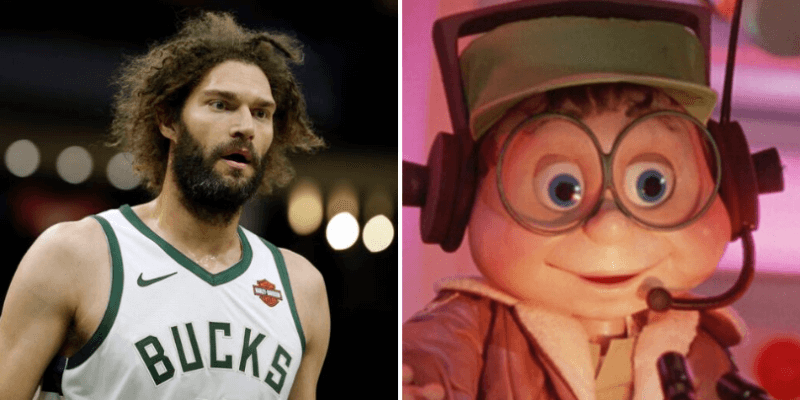 Lopez is a huge Disney fan. His personal Twitter account is filled with photos of him visiting Walt Disney World Resort, and his twin brother, Brook, is even a homeowner at Disney’s Golden Oak. So it’s not surprising for as big of a Disney fan as Lopez to want to purchase Disney World memorabilia, just like it’s not at all surprising for him to be upset upon finding out that the items he purchased were allegedly stolen.

In a report by the Orlando Sentinel, it was recently discovered that Lopez was in possession of several items that were reported missing from Epcot back in 2018. Some of the missing items that Lopez was reportedly in possession had been part of the Buzzy animatronic, which Epcot fans know from the now extinct Cranium Command attraction that was located at the Wonders of Life pavilion in Future World. The Buzzy animatronic reportedly went missing last year and is valued at $400,000.

One of the audio interviews that was released includes information regarding Lopez’s friend Brett Finley, a Disney collector and member of Club 33. In an interview with Orange County Sheriff’s investigators, Finley states that Lopez corresponded with Patrick Spikes — the former Walt Disney World Cast Member who was arrested for allegedly stealing costumes, props, and other items from the Haunted Mansion attraction in Magic Kingdom. Lopez purchased Buzzy’s clothes from Spikes via eBay, although it’s unclear which specific items were purchased. Buzzy’s bomber jacket, headphones, and hat which went missing from Epcot are reportedly valued at $7,000.

Lopez is considered a victim in the case, since he was unaware that the items he purchased were stolen. According to the audio recordings, both Finley and Lopez spoke with Spikes over the phone before purchasing the items. Lopez had asked if any of the items for sale were stolen, to which the former Disney employee replied “No, it’s not.”

“It’s really frustrating that you get scammed into these things,” Finley said during his conversation with Florida authorities. “If it’s not legit, we don’t want it. [Lopez], he’s a high-profile, like you said. I’m a CPA. I have a family.”

Finley gave Spikes over $8,000 in exchange for items from attractions that were no longer in operation, as well as “one-of-a-king memorabilia” from Magic Kingdom attractions. Finley purchased signs that were taken from The Great Movie Ride at Disney’s Hollywood Studios and Body Wars at Epcot. Finley also purchased a dress from an animatronic from the Haunted Mansion ballroom scene and a door from Storybook Circus at Magic Kingdom. All of these items were purchased from Spikes.

Finley also told the sheriff’s office that he saw Buzzy’s headphones in the trunk of Spikes’s white BMW when Finley and Spikes met after Finley wanted to purchase the memorabilia. “He said he’s really into it, Buzzy is his favorite guy,” Finley told authorities, referring to Spikes’s apparent love for Buzzy.

At the time of this article’s publication, Spikes and his accomplice, Blaytin Taunton, face charges of dealing in stolen property, grand theft, and burglarizing a structure at the Magic Kingdom between July 2018 and January 8, 2019.

Spikes also faces additional charges. He is charged with burglary of a building at Epcot. And this month, the Florida state attorney’s office abandoned another charge against Spikes of attempted tampering of evidence, after his attorney filed a motion arguing that Spikes had not received a speedy trial. This charge was related to Spikes attempting to grab his phone during an interview with law enforcement.

The case of the missing Walt Disney World items is still under investigation. We will continue to update our website as more information becomes available.