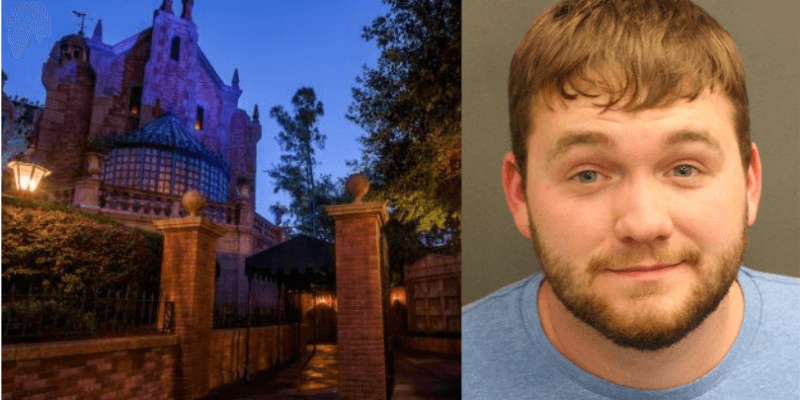 This story was updated on 9/17 to include the most recent details regarding this case.

A former Walt Disney World employee who was accused of stealing and selling props from the Haunted Mansion attraction at Magic Kingdom has entered a plea of not guilty.

Back in May, we reported that then-24-year-old Patrick Spikes was arrested and accused of stealing over $7,000 worth of costumes and props from the Haunted Mansion. According to an Orange County affidavit, Spikes (who is now 25) and his cousin Blaytin Taunton allegedly stole costumes from the attraction, took photos of themselves wearing the items, and sold them to two buyers for a combined total of $29,451. Spikes reportedly used his former employee ID to enter Magic Kingdom’s backstage area and steal the items.

After over two months, Spikes was charged with “burglary of a structure” on August 26. As Orlando Rising reports, this means that Spikes allegedly entered an off-limits area of Walt Disney World’s Epcot “with the intent to commit an offense therein.” According to the court document, this entry occurred sometime between July 23, 2018 and January 8, 2019.

Spikes is known for running the Twitter account @backdoordisney, where he was known for sharing backstage photos of the Disney Parks, as well as a YouTube channel. According to the Twitter account, it is now “under new management.” While all of the former Tweets have been deleted since Spikes’s arrest, the account still continues to share photos of several backstage areas of the Disney Parks.

Orlando Sentinel reports that on August 27, the Florida state attorney’s office authorized five charges against Spikes and three charges against Taunton, the office confirmed on September 16. In summation, the two face charges of stolen property, grand theft, and burglarizing a structure at Magic Kingdom between July 2018 and January 2019. As we mentioned above, Spikes also faces charges of tampering with evidence and burglary of a building at Epcot.

As of September 4, Spikes currently is pleading not guilty on all charges filed in his case. Taunton is scheduled to appear in court for arraignment on September 19.

We will update this story as more information regarding this case becomes available.