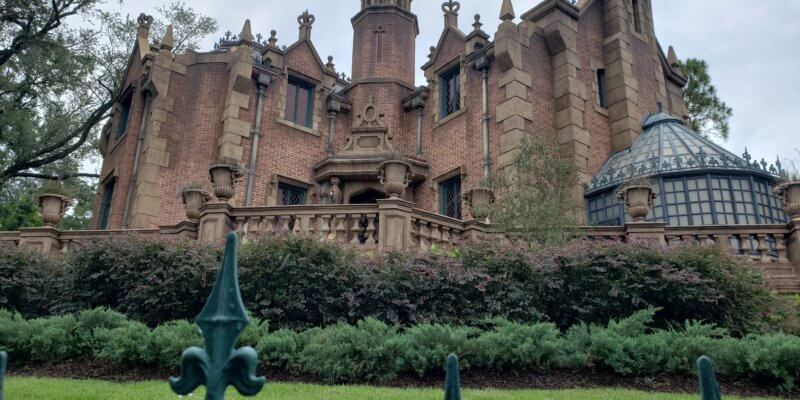 Earlier this year, we shared the news of Patrick Spikes, a former Disney employee who was arrested for stealing thousands of dollars worth of Haunted Mansion props and costumes from Walt Disney World. After Spikes pleaded not guilty last month, photos of the stolen Disney World items have now been released.

According to Orange County arrest records, 24-year-old Spikes was arrested in May after allegedly stealing and selling ,000 worth of costumes and props from the Haunted Mansion, one of the most popular attractions in Magic Kingdom. As of August 27, the Florida state attorney’s office authorized five charges against Spikes and three charges against Spikes’s accomplice and cousin Blaytin Taunton. The two face charges of stolen property, grand theft, and burglarizing a structure at Magic Kingdom between July 2018 and January 2019. Spikes also faces charges of tampering with evidence and burglary of a building at Epcot.

This week, local authorities released the photos of the items that Spikes and Taunton stole from the backstage restricted area of the Magic Kingdom — which Spikes reportedly used his old employee ID to enter, even though he was not an employee of Walt Disney World at the time the items were stolen.

One series of photos that were just released shows a pink two-piece costume labeled “A.A. Magic Kingdom Haunted Mansion.” It is believed that this costume might have been stolen from an audio-animatronic. A woman, a friend of Spikes, is wearing the costume in other photos.

Another set of photos shows a Disney trash can in a home garage and Disney attraction manuals in a car trunk.

Spikes used his Disney employee ID to get into Magic Kingdom on July 31, 2018. He was caught taking a photo in the utilidor area, which is restricted to employees only and off-limits to the public. Disney security investigators reportedly told local authorities that they were aware of Spikes taking photos backstage while he was still employed by The Walt Disney Company.

According to the arrest affidavit, Disney said that Spikes had photos on his phone of other animatronics that had been stolen from Disney property, including Buzzy, stolen from the Wonders of Life pavilion at Epcot. Local law enforcement officials also say that although Spikes was not charged with theft back in 2018 when the Buzzy case unfolded, the investigation regarding the missing animatronic led authorities to uncover the case of the stolen Haunted Mansion items.

The arrest warrant shows that Spikes received over $29,451.70 via PayPal for selling the Haunted Mansion props and other items. One buyer handed over 18 items to the authorities. The buyer did not realize the items that he purchased from Spikes had been reported stolen.

Authorities also released a video that shows investigators confronting spikes about the photos. Here’s the transcription, courtesy of a Click Orlando report:

“How about this? I’m about to walk out and if you guys want to talk, I’m going to come back with my attorney,” Spikes said.
“OK. Keep the car there. We’re keeping your phone,” a detective replied.
At that point, the video shows Spikes grabbing for his phone and investigators tackling him.
“Am I under arrest?” Spikes asked as he was on the ground. “I’m not under arrest or am I under arrest?”
Later, Spikes asks if he can call his mother.
“You’re an adult, correct?” the detective asks him.
“Yeah,” Spikes said.
“I’m not calling your mom. Stay there, OK?” the detective said. “You have simple instructions. You don’t want to follow them, so we’re going to do that. But you’re not going to destroy evidence.”

This is a developing story. We will update this article as more information becomes available.

Comments Off on Photos reveal costumes, props, other items stolen from Disney World