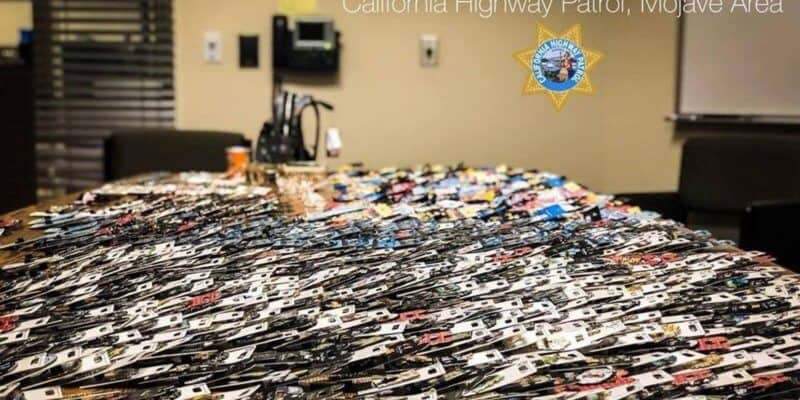 Last Friday, a police officer pulled over a man for a routine driving violation after he passed a school bus with its red lights flashing and stop sign displayed, only to stumble upon $10k in stolen merchandise from Disneyland.

According to Fox News, California authorities caught the thief stealing from the “happiest place on earth” by his failure to maintain the laws of the road. After stopping the man, police searched his vehicle, where they found the $10k worth of stolen goods.

“We were able to contact Disneyland Security and will make arrangements to have the items returned. Disneyland can now return to being the happiest place on earth,” police said.

In the report, the driver was not identified and was driving a Nissan Sentra when he was pulled over in Rosamond. In addition to the charges brought against the man for possessing the $10k worth of stolen goods and unlawfully passing a school bus, it was also found that the man possessed illegal drugs as well as a suspended license.

According to Fox News, it is still unclear how the man was able to steal the merchandise. Rosamond is about a 108-mile drive from Disneyland, according to Google Maps.

Since the recovery of the items, California Highway Patrol has reached out to Disneyland to make arrangements for the items, such as pins, to be returned to Disneyland. The driver was booked at the Kern County Jail.

The last time we heard of theft taking place at the Disney Parks was in December when clothes were stolen from Buzzy, the animatronic character originally found in Epcot’s Cranium Command attraction in the Wonders of Life pavilion.

In an incident report by the Orange County Sheriff’s Office, it was found that an unknown subject entered the backstage area of Wonders of Life and took Buzzy’s bomber jacket, cap, and rubber molded hands.

Comments Off on Man caught with $10K in stolen Disneyland merchandise