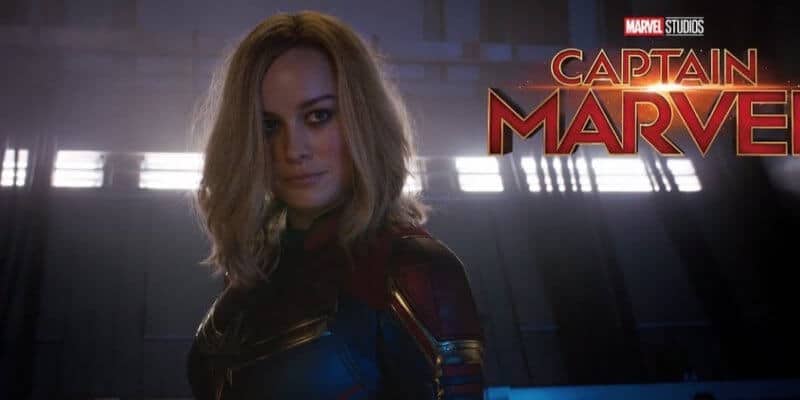 We may be canceling our Netflix subscriptions sooner than we anticipated. “Captain Marvel” will be the first Disney film following its theatrical release to stream exclusively on Disney+, Disney’s new streaming service. And by the looks of it, it won’t be the last.

The Verge reports that in an investors call on February 5, Disney CEO Bob Iger said Disney plans to move its current licensed content to Disney+, forgoing its current rate of $140 million a year in licensing revenue. Iger said “Captain Marvel,” which premieres on March 8 and is the first Disney film to hit theaters in 2019, will be the first Disney film that The Walt Disney Company will completely withhold from licensee partners. We reported back in 2017 that Disney was ending its partnership with Netflix. Now that “Captain Marvel” will be the first Disney film to stream exclusively on Disney’s new service, it looks like these plans are finally affecting Disney fans.

“Captain Marvel” will be the first of many Disney films to stream on the new service. We shared last year that “Dumbo,” “Toy Story 4,” and Disney’s other highly anticipated films will be made available on Disney+ as well. Back in 2017 when Disney announced its plans for Disney+, the company shared that the new streaming service would be the exclusive home in the U.S. for on-demand viewing of many of the latest live-action and animated Disney, Marvel, Lucasfilm, and Pixar films.

But films that premiere in theaters won’t be the only entertainment available on the new Disney+ service. Disney has been in the process of developing content exclusive to the platform for some time now. Marvel and “Star Wars” shows will be coming to the service, as well as a “High School Musical” series and a “Sister Act” reboot.

“We have a number of creative engines across our company, many of which are dedicating their time and talents to develop content for the Disney+ platform,” Iger said to investors during the call. “Many are the same innovators driving the prolific success of Disney, Pixar, Lucasfilm, and Marvel. We look forward to leveraging National Geographic for even more content on Disney+.”

Disney has yet to announce how much Disney+ will cost consumers, although Iger has pointed out that it will be significantly less than Netflix when it first launches. Netflix currently offers customers three tiers of membership ranging from $7.99 to $13.99. Given that Disney+ will likely be less expensive, we’re probably going to favor it over the competition.

“We have the luxury of programming this product with programs from those brands or derived from those brands, which obviously creates a demand and gives us the ability to not necessarily be in the volume game, but to be in the quality game,” Iger said back in 2018.

We also don’t yet know an official date when Disney+ will be made available to the public. And since they mentioned last year that it will be available in late 2019, we imagine that Disney fans may have to wait quite some time to stream Disney films premiering in the first half of the year. It seems like Disney+ will be a big hit among Disney fans of all ages (and fans of the Marvel and “Star Wars” film franchises), but we’re hoping it launches sooner rather than later. If we enjoy movies like “Captain Marvel” and “Avengers: Endgame” as much as we predict we will, we’d hate to miss out on months of streaming.

What do you think of “Captain Marvel” and other Disney films streaming exclusively on Disney+ instead of Netflix? Share your thoughts with us!