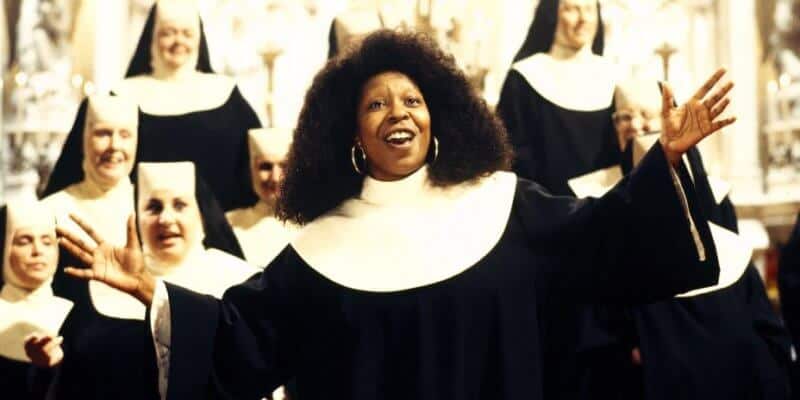 A “Sister Act” remake is in development for Disney+, potentially joining the growing list of content for Disney’s upcoming streaming service.

According to Variety, Regina Hicks (co-executive producer of “Insecure”) and Karin Gist (showrunner on “Star”) are writing the script for the new movie. The original movie, which hit theaters in 1992, starred Whoopi Goldberg as a Reno lounge singer who goes into protective custody in a convent after witnessing a mob hit. The film also featured Maggie Smith, Kathy Najimy, Wendy Makenna, Mary Wickes, and Harvey Keitel.

Back in September, Goldberg hinted the new movie would not be a sequel. “We’ve been all over Disney begging and they’ve decided that they’re going to go in a different direction with “Sister Act.” So it won’t be “Sister Act 3,” it’ll be a brand-new rendition of “Sister Act,” Goldberg told ‘Good Morning Britain.’ “And I guess I’ll walk through a scene and that’s how they’ll say I was part of it.” Now, a rep for Goldberg told EW, “It is our understanding that this is not a continuation and Whoopi is not involved.”

Following the success of “Sister Act,” the sequel “Sister Act 2: Back in the Habit” arrived in 1993. Most of the original cast reprised their roles for the sequel, and it also featured Lauryn Hill, a budding young singer in the choir led by Goldberg’s character. The follow-up wasn’t as successful as the first film, despite having one of the most memorable sequel titles ever.

In addition to “Sister Act 2: Back in the Habit,” the original movie inspired a musical adaptation with music by Alan Menken and lyrics by Glenn Slater. After premiering in California, the musical was performed in London, on Broadway, and various countries around the world.

Other content planned for Disney+ includes a live-action “Lady and the Tramp,” a female Santa movie starring Anna Kendrick, and television shows based on “Avengers” movie characters and characters from the “Star Wars” universe. Disney+ is expected to launch later in 2019.

Are you excited for a “Sister Act” remake or would you rather see the original story continue in a new movie? Let us know in the comments below!