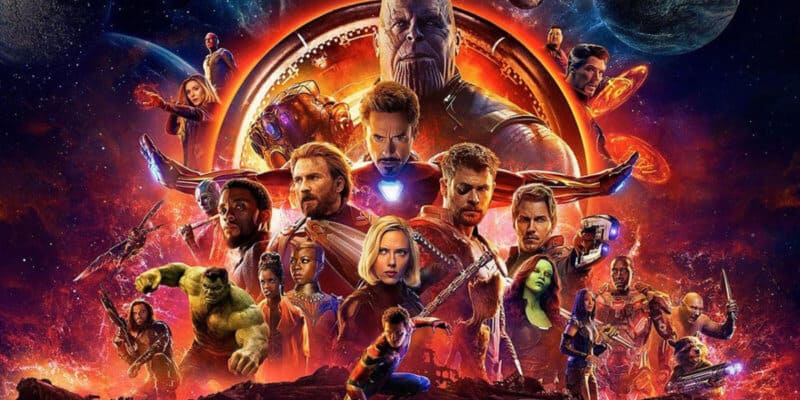 The newest theory to plague the internet about “Avengers: Endgame” may put a cork in all the other speculative ideas buzzing around online as it pertains to a possible victorious outcome for the Avengers in quite a peculiar fashion.

As we all know, Marvel fans are running wild all over the internet with possible outcomes to the epic “Avengers” franchise, mostly due to its last iteration’s cliffhanger ending. As we’ve previously reported, there are many thoughts of how this film could turn out. However, this new theory is so strange it might be the Avengers’ golden ticket.

This wild new theory claims that in the battle between the Avengers and Thanos, the Avengers will come out as victors. Specifically, it claims that Ant-Man will defeat Thanos. Now, how you might ask? Well, in no other appropriate fashion than by climbing up Thanos’ butt and expanding inside of him.

Of course, this is a very outlandish fan theory. However, some Marvel fans think it might have some merit.

According to Vox, this theory first gained traction on Reddit as a joke, which then became a widespread meme, which now some fans believe could potentially be a great idea. Not only would this tactic be comical, but it would also connect with a storyline from the original Marvel Comics where Ant-Man destroyed Thanos from within.

One fan was so curious about the idea, they actually tweeted the question, which was read aloud by Paul Rudd at a press conference.

marvel saw the post about how ant man could defeat thanos by crawling into his ass and instantly growing in size and that’s why they didn’t put him in the movie, send tweet

so paul rudd read my tweet about ant man crawling into thanos’ ass and expanding OUT LOUD in an INTERVIEW and discussed it i’m in shock pic.twitter.com/YfBsPMnfoW

Rudd was pretty shaken by the tweet as his response was almost utter shock. But, Rudd did go on to entertain the idea for the interview. However, when asked, “Do you think Josh Brolin would be up for that?” Rudd replied, “I would never want to ask him.”

At this point, this idea is only a “theory,” but we’re definitely curious to see how or if the Avengers will be able to defeat Thanos when “Avengers: Endgame” hits theaters April 26.

What are your thoughts on this fan theory? Let us know in the comments below!

Disney has revealed a new “Avengers: Endgame” poster in honor of the Chinese New Year as the internet is exploding with new fan theories of what is to come in Marvel’s next predicted blockbuster Avengers film.

“Avengers: Endgame” is only a few months away from its much anticipated global release to Marvel fans everywhere who are eagerly waiting to find out what happens after the cataclysmic events in “Avengers: Infinity War.” And in the meantime, Disney is celebrating the beginning of the Chinese New Year, taking place February 5, with this new poster for the film.

The poster features the “A” Avengers logo in the center with traditional Chinese patterns overlaying the design, with paper lanterns and Chinese text in the background.

It’s exciting to see Disney spreading cultural awareness by honoring this celebration of Chinese culture with this new poster. However, the poster is also continuing a much bigger conversation online of what many fans are predicting for the next film. Here is a look at a few fan theories that have been going around the internet as Marvel fans prepare themselves for the coming “Endgame” in this next movie.

Earlier this week, Ladbible noted that Marvel fans took to Twitter to share a theory sparked by the new “Avengers: Endgame” teaser, released during the Super Bowl, which shows new footage of Thor in what some believe to be a familiar looking area.

At the end of “Avengers: Infinity War,” after Thanos’ great snap, he retreated to a small shack to watch the sunset. If you watch the new teaser, it shows Thor in what appears to be a very similar area, possibly identical to Thanos’ hideaway. Fans on the internet believe this might mean that Thor is now hunting Thanos all by himself.

i’m not saying this could be the same planet but thor really is coming for thanos’ ass pic.twitter.com/fOTmPr07UA

hold up did thor go to thanos’ farm???? pic.twitter.com/h2AUzDD5pN

thor is going out to kill thanos to avenge heimdall and loki send tweet pic.twitter.com/2OuT5BVbfo

Theory 2: “Avengers: Endgame” will not see the great snap by Thanos undone

Comicbook.com reports that Reddit user Enervata thinks the heroes who disappeared during Thanos’ snap aren’t actually dead. Instead, Enervata believes they were transformed into an alternate reality to balance the multiverse.

The theory continues to say that those in this new universe, including Doctor Strange, Spider-Man, Black Panther, and Scarlet Witch, will only have “faint memories of the past,” which is how the Marvel Cinematic Universe will progress forward into Phase 4 and beyond.

Ultimately, this theory would offer an organic way to introduce the Fox-owned Marvel properties like X-Men and Fantastic Four to the Marvel Cinematic Universe. Although, it also has us wondering about the civilians outside of the Avengers. If this theory were true, it would leave millions of everyday people wondering if they’ll ever see their loved ones again, only to find out they’re alive and well in a parallel universe beyond their grasp.

Theory 3: A character was edited out of the “Avengers: Endgame” teaser released during the Super Bowl

Syfy reports that after the release of the latest teaser during the Super Bowl, Twitter and Reddit blew up with thoughts about an interesting space between some of the characters in two specific shots from the preview.

In the first shot (pictured below), you see there is a wider space between Bruce Banner/Hulk (Mark Ruffalo) and Jim Rhodes/War Machine (Don Cheadle), which has made a number of fans believe an unidentified character has been digitally removed from the image.

Similarly, this second shot (pictured below), featuring the surviving members of the Avengers (and furry Guardian) all marching single file through Avengers HQ, also appears to have a gap in the line between Scott Lang/Ant-Man (Paul Rudd) and Rhodes, where someone might also have been erased.

Some could say this is just fans looking for any possible hidden gem from this teaser. However, Syfy reports that Marvel altered the trailers for “Avengers: Infinity War” to make it look as if Hulk was running into battle alongside his fellow Avengers and the Wakandans, while in the finished film it was actually Banner in the Hulkbuster armor, while he struggled with Hulk’s refusal to join the fight.

Marvel did this digital switch to mask one of the movie’s big plot points and it worked. So the possibility a character has been removed from these two shots is somewhat plausible. A possible character to fill this spot? Possibly Captain Marvel?

What are your thoughts on these fan theories? Let us know in the comments below!