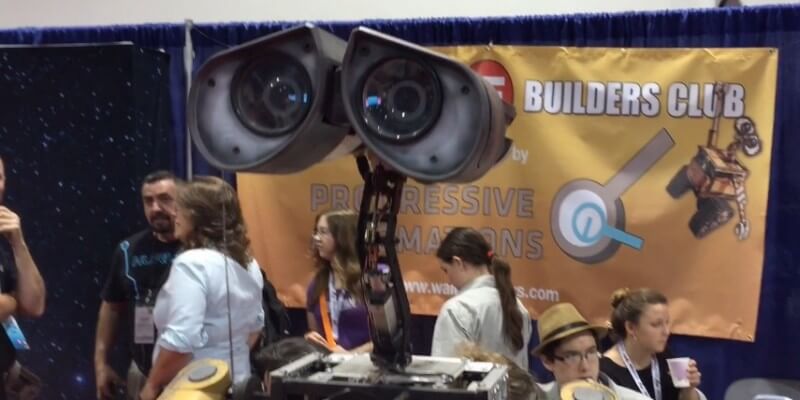 A few fans attending the D23 Expo 2015 are attracting attention as they bring to life a pair of famous Disney characters.

Robot builder Mike Senna is best known from the remote-control R2-D2 replica he built in 2003, but he’s moved on from “Star Wars” in to the Disney world with these scratch-built bots.

Eve is currently a prototype, but certainly no less impressive.