Marvel Star Back Under Fire After Sharing ANOTHER Controversial Conspiracy, 'Ant-Man 3' May Be Hindered - Inside the Magic 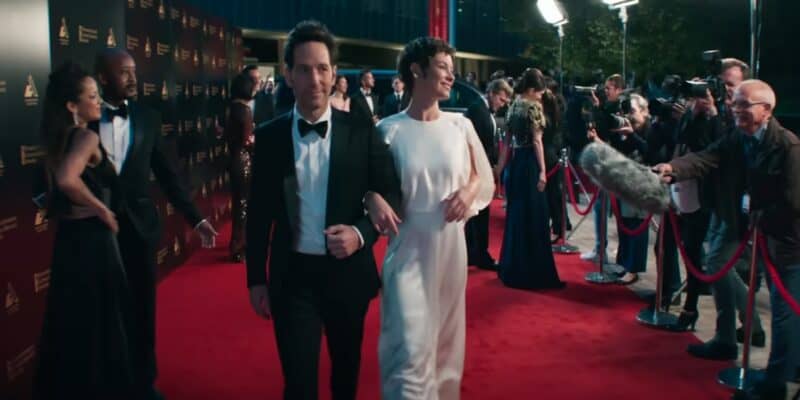 Director Peyton Reed’s third effort for Marvel Studios, Ant-Man and the Wasp: Quantumania (2023), will release in just under a month but will the latest controversial activity from one of its leading stars affect the highly-anticipated second sequel?

Ant-Man and the Wasp: Quantumania will launch the fifth Phase of the Marvel Cinematic Universe. Marvel Phase Four ended with the grief-ridden Black Panther: Wakanda Forever (2022), and after James Gunn’s Guardians of the Galaxy Holiday Special (2022) epilogue, Paul Rudd and Evangeline Lilly will reunite to begin the next chapter of the Multiverse Saga.

The big focus for Ant-Man and the Wasp: Quantumania, which is written by Jeff Loveness, will be its inclusion of Marvel’s latest Thanos-level villain, Kang the Conqueror. Played by Jonathan Majors, who first appeared in the Disney+ series Loki alongside Tom Hiddleston (Loki) and Sophia Di Martino (Sylvie), will take on Ant-Man and his family in what looks to be an action-heavy outing for the Avenger. The character is set to be a mainstay for Phase Five and Phase Six, with a planned appearance in Avengers: The Kang Dynasty (2025).

The upcoming Marvel movie has not been without controversy. Last year, MCU newcomer and Hollywood icon Bill Murray shut down the production of Aziz Ansari’s Being Mortal (TBD) after allegations of sexual misconduct and inappropriate behavior — however, even though Being Mortal is a Searchlight Pictures film, a studio owned by The Walt Disney Company like Marvel Studios, no executives including Marvel boss Kevin Feige has spoken out on the issue, but they have talked about Murray’s Lord Krylar role.

Prior to Murray’s problematic behavior, Wasp actress Evangeline Lilly was under fire for her divisive views on the COVID-19 pandemic and her refusal to accept and follow safety measures at the start of the spread in 2020. The Lost star later apologized for her comments, but last year gave vocal support to anti-vaccination protests, sharing her view on “bodily sovereignty”. The actress received backlash for her words including from her Ant-Man co-stars such as David Dastmalchian (Kurt).

Now, Lilly is once again putting her name to controversial opinions by sharing a post from the political and social commentator, the comedian Russell Brand. The personality posted a picture to Instagram relating to the World Economic Forum in Switzerland, featuring prominent technological and political figures like Mark Zuckerberg and Ukrainian President Volodymyr Zelenskyy. The poster features the individuals in WWE attire, with the “event” called the WEF Royal Rumble.

Brand’s original post states the “event” will be live-streamed on Rumble and is for anyone that’s “ever been called a “Conspiracy Theorist”, promising to reveal “what the WEF is up to!” It should be noted that Brand moved to the Rumble network after videos of his on YouTube regarding COVID-19 were deemed as misinformation and taken down.

According to The Direct, Lilly shared Brand’s WEF Royal Rumble announcement to her Instagram stories, adding weight to her already outspoken controversial views. While the continuation of the actor speaking on her polarizing political and social opinions has, seemingly, had no effect on her Marvel career, it may eventually circle back around. It has been seen before with the likes of Gina Carano, that sharing views on social media can be a quickfire way to being removed from a franchise.

And while some think this could be the end for both Rudd and Lilly’s characters in the MCU, Lilly’s recent comments about teaming up for an A-Force movie seem to suggest that the Wasp will survive her confrontation with Kang the Conqueror. As for Scott Lang, the jury is still out but fans think he is “1oo% dying” in the upcoming Marvel movie.

Do you think Evangeline Lilly should be reprimanded for sharing controversial information? Let us know in the comments down below!