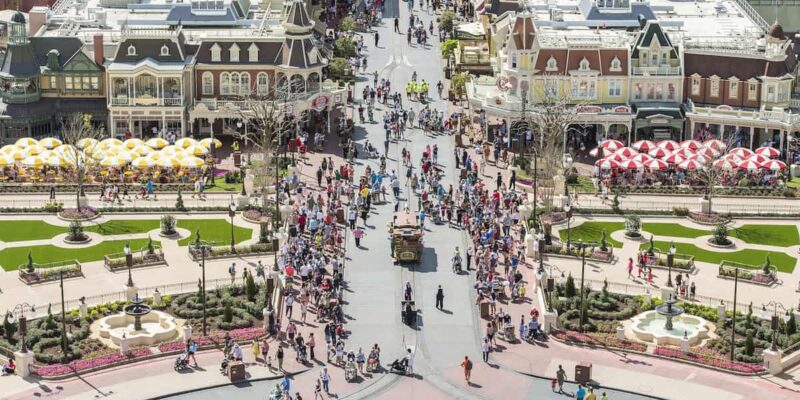 Walt Disney World Resort just found itself down another ride.

Splash Mountain permanently closed after its final day on Sunday. The popular Disney Park attraction has been open for more than 30 years and featured characters Br’er Rabbit, Br’er Fox, and Br’er Bear. The attraction was based on themes from the controversial movie Song of the South, which ultimately led Disney to the decision to close it permanently and change it to Tiana’s Bayou Adventure.

On its last day, Disney World Guests crowded Magic Kingdom for their chance to ride the attraction one last time.

As a matter of fact, the lines were so long that they extended outside of Frontierland and consistently were hitting 220-minute waits.

Though it was supposed to be a day of “celebration” as the classic attraction was retired and the new attraction begins, many Disney World Guests found themselves being evacuated after waiting in line more than three hours to ride.

User @escapetodisneyworld shared a video on TikTok where we can see them being evacuated.

It’s clear that the massive amount of people that Splash Mountain was seeing on Sunday– which was a Disney history record-– was too much for the attraction to handle, resulting in evacuations and some breakdowns.

As Disney now gears up for Tiana’s Bayou Adventure, which is expected to be constructed and opened in late 2024, many fans have been wondering what other changes might be coming to Magic Kingdom.

TRON Lightcycle/Run will be opening in the spring this year. In addition, Disney World is currently in the midst of plans that haven’t yet been revealed on a massive expansion that will be coming in the future.

Disney’s Animal Kingdom and Disney’s Hollywood Studios aren’t currently in the midst of major expansion– though Toy Story Land at Disney’s Hollywood Studios will soon have a new restaurant— but there have been rumors of a Zootopia or Coco-themed land at Disney’s Animal Kingdom. EPCOT is currently finishing up the World Celebration Neighborhood, which will house Journey of Water, Inspired by Moana, and just opened Guardians of the Galaxy: Cosmic Rewind last summer.

What do you think of Disney World Guests flooding Splash Mountain? Let us know in the comments!