Splash Mountain Already Replaced at Disney World, To Be Replaced - Inside the Magic 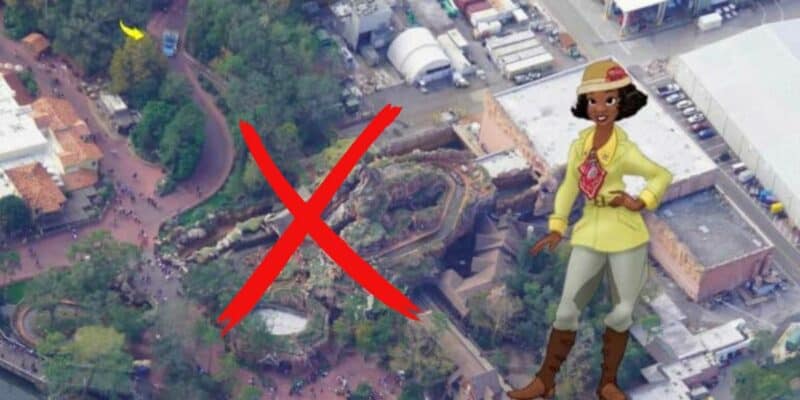 Splash Mountain officially closed on January 23, 2023, at Magic Kingdom in Walt Disney World to much fanfare. Guests packed into the Park like sardines for one last chance to experience the decades-old attraction. Wait times for the ride reached a new record, ranging between 160 to 220 minutes.

Related: Thousands of Guests Given “Creepy, Depressing” Warning in Disney

For those who don’t know, Disney is retheming Splash Mountain and turning it into a brand-new ride. The new attraction, called Tiana’s Bayou Adventure, will take inspiration from The Princess and the Frog (2009), letting Guests go on a fun journey with Tiana.

This was announced years ago as a way for Disney to resolve the problematic nature of Splash Mountain, which is based on the 1946 film Song of the South.

Disney is wasting no time, with construction walls already up around the ride, signaling that Disney is getting to work very quickly on the retheme.

We are very interested to see what the new attraction looks like and could not be more excited when it finally opens. However, with delays hitting seemingly every project at Walt Disney World recently, we have to say that a 2024 opening timeframe seems quite fast.

Disney’s newest roller coaster, TRON Lightcycle/Run, was announced in 2017 and will be opening later this year. The Walt Disney World Railroad was closed for nearly the same amount of time.

Whenever Tiana’s Bayou Adventure does actually open, we’ll be there ready to ride.

Are you sad to see Splash Mountain go? What’s your favorite ride at Magic Kingdom?