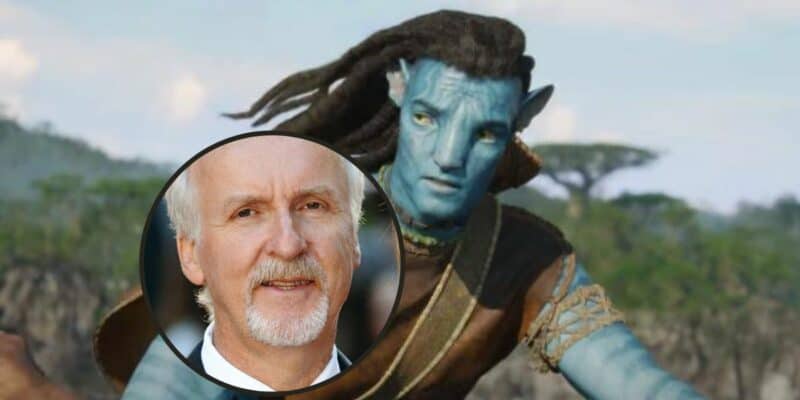 There was a period of time following the release of Avatar in 2009 when audiences were convinced once again of James Cameron’s ability as a filmmaker and visual storyteller. Box office numbers aside, fans were legitimately in awe of the advancement in motion capture technology as well as 3d visual effects.

Over time, hype certainly waned for the first Avatar film, with many not even knowing of James Cameron’s plan to create an entire franchise based on the world, characters, and story of the 2009 sci-fi flick.

When we finally got an actual release date for the next installment of the franchise, Avatar: The Way of Water, many, including us at Inside the Magic, could not envision it being nearly as big of a success as the original. However, the sequel has broken many records just in its brief six-week run, with the future looking increasingly bright for James Cameron’s creation.

On January 22, 2023, Avatar: The Way of Water officially crossed $2 billion in global ticket sales, according to a new report from Variety. It is the sixth film ever to do so and the first film to cross the mark in “pandemic times.”

The other films in the “top 6” include the original Avatar, Avengers: Endgame, Star Wars: The Force Awakens, Avengers: Infinity War, and Titanic. Keen eyes will notice that a large portion of the list is comprised of Disney films, with James Cameron landing spots on the list multiple times as well. This is James Cameron’s third film to cross $2 billion globally. For years Cameron has ben revered for his craft and skill when it comes to movie-making, with GQ even calling him a “box office king.”

“The film has now joined that very exclusive box office club and has made it look almost effortless,” said Paul Dergarabedian, a senior media analyst at Comscore. “Keeping in line with Cameron’s ‘king of the box office world’ career trajectory, it should come as no surprise that the justification for completion of the director’s vision for the world of Pandora is now undeniably assured and given the stamp of approval by enthusiastic fans around the globe,” continued Dergarabedian.

Initially, the film was coming in under box office predictions. Of course, the original 2009 Avatar film started slow and became a household name. But the future of the Avatar franchise was a little shaky from the start. Even James Cameron wasn’t sure of how successful the new film would be, calling Avatar: The Way of Water “the worst business case in movie history.”

“The market could be telling us we’re done in three months, or we might be semi-done, meaning: ‘OK, let’s complete the story within movie three, and not go on endlessly,’ if it’s just not profitable,” Cameron said in an interview.

However, things are looking bright, or in this case, bioluminescent for Cameron and co., with box office numbers giving the theoretical “go” on future installments in the franchise. Several sequels are already planned, with portions of them already being filmed.

Whether it’s the iconic Aliens (1986) or groundbreaking Terminator 2: Judgment Day (1991), James Cameron is a master when it comes to nailing sequels. If Cameron can keep the momentum going, audiences are in for a visual treat unlike any other. The current plan for the franchise includes Avatar 3 (2024), Avatar 4 (2026), and Avatar 5 (2028) to each follow each other every two years.

The road to release for Avatar: The Way of Water was a rough one, to say the least. The film opened in December after a few delays, some due to the Coronavirus outbreak in early 2020.

Disney first acquired the rights to the Avatar property after acquiring 20th Century Fox in 2019. Disney reportedly spent  $460 million to produce and advertise Avatar: The Way of Water, making it one of the most expensive films ever made, tying into James Cameron’s “worst business case” statement.

Disney has benefited from this acquisition in more ways than one, with an entire land themed to Avatar opening in 2017 at the Walt Disney World Resort in Orlando, Florida.

The land is set inside Disney’s Animal Kingdome, one of four Parks at the Resort, the rest of which include Magic Kingdom, Hollywood Studios, and EPCOT.

This addition to Walt Disney World includes arguably some of the best theming across any Disney Park, as well as incredible state-of-the-art rides and attractions like Avatar Flight of Passage and Na’vi River Journey.

Since opening, Avatar Flight of Passage has remained one of the most popular rides at Walt Disney World, mixing elements of Star Tours and Soarin’ into a jaw-dropping visual experience.

Related: How Marvel’s Phase Four Could Connect to Kang the Conqueror

For those who haven’t seen Avatar: The Way of Water, we highly recommend seeing it on the biggest screen you possibly can.

You can check out the final trailer for the film down below:

Have you seen Avatar: The Way of Water yet? What did you think?