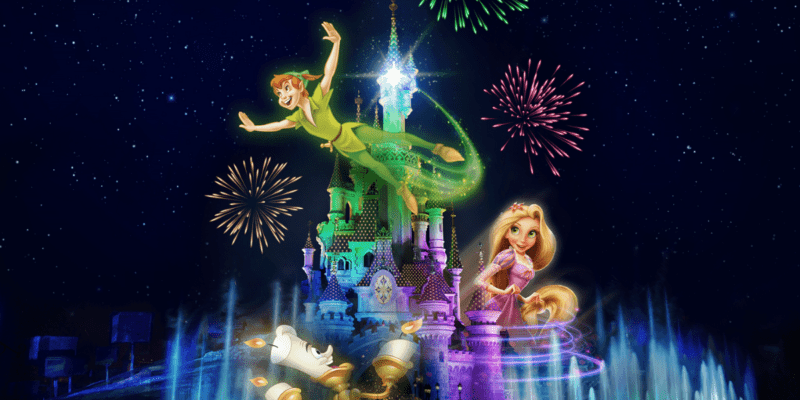 A fan-favorite nighttime show is finally returning to Disney more magical than ever, bringing significant upgrades to the experience.

Today has been a day packed with announcements for Disney fans worldwide. From significant changes to the reservation system and the removal of loathed additional charges at Walt Disney World Resort to the resuming of sales of Magic Key Passes at Disneyland Resort, the long-awaited return of Happily Ever After to Magic Kingdom, and a breathtaking new drone show, featuring the Avengers, debuting this year, there are so many things coming in 2023 Disney fans should be excited about!

Adding to the exciting news, Disneyland Paris recently shared an announcement for the Grand Finale of the Resort’s 30th Anniversary celebration, bringing a fan-favorite nighttime show back to life to illuminate Le Château de la Belle au Bois Dormant in the heart of the Parisian Disney Park.

“Disney Dreams!”, which has received one of the highest satisfaction rates since Disneyland Paris’ opening, will make a triumphant return to the Parisian Disney Park, giving a new generation of Guests the opportunity to discover the iconic show.

Per Disneyland Paris News, beginning April 12, 2023, “Disney Dreams!” will once again dazzle Guests each night at Disneyland Park, taking them on a magical and emotional journey following the “Disney D-Light” drone show – a powerful combination of experiences that will result in an unforgettable nighttime sequence.

If you haven’t had the chance to enjoy “Disney Dreams!”, you can take a sneak peek at its upcoming return in the video below:

And this year’s return of “Disney Dreams!” will be even more exceptional, as the rooftops of Sleeping Beauty Castle’s towers have been decked out with cutting-edge LED technology — previously used in the Halloween and Christmas seasonal nighttime spectaculars — to light up in sync with the show’s nostalgic soundtrack. An additional upgrade to the show’s technical equipment includes the installation of energy-efficient laser video projectors, which will make it possible to reduce energy use by 50% while delivering a breathtaking performance. “There’s nothing like it anywhere else in the world,” commented Ben Spalding, producer of Live Entertainment at Disneyland Paris.

Regarding the plot of “Disney Dreams!” Disney states, “Guided by Peter Pan’s shadow, guests will discover or rediscover some of the greatest Disney stories projected on Sleeping Beauty Castle during an extraordinary journey featuring iconic songs from Disney and Pixar fan favorites Beauty and the Beast, The Hunchback of Notre Dame, The Lion King, Tangled, and many others.”

In addition to the nostalgic return of “Disney Dreams!,” Disneyland Paris will see a brand-new drone show dedicated exclusively to the Avengers and the Marvel Cinematic Universe — illuminating the sky above Avengers Campus — and the debut of a live show twenty years in the making.

Did you get to watch “Disney Dreams!” when it debuted at Disneyland Paris? Will you visit the Park to enjoy this reimagined version? Let us know in the comments below!