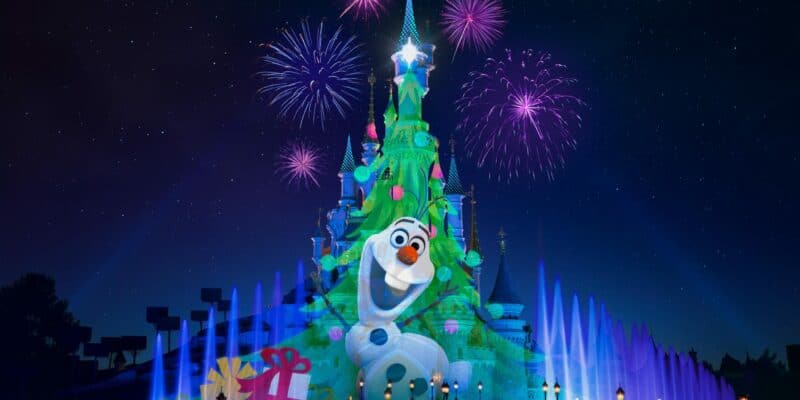 Guests visiting Disneyland Paris will soon enjoy a significant upgrade that will make the Park’s nighttime spectaculars even more magical!

Disney Parks worldwide are constantly innovating and working hard to provide Guests with the ultimate experiences during their visit. Whether that be with new immersive expansions and attractions, upgraded entertainment offerings, or new interactive experiences, Guests will always find something new and exciting to do when they visit the Disney Parks.

Perhaps the Park where these innovations have become more notorious is Disneyland Paris, which blew Guests away by being the first Disney Park in the world to include drones in a nighttime spectacular with Disney D-light. The Parisian Park has since included spectacular drone light choreographies in other events, like the grand opening of Avengers Campus at Walt Disney Studios Park and Bastille Day celebrations at Disneyland Park.

Related: Beloved Disney Parade to Be Replaced Until Next Year

Disneyland Paris continues to prove this commitment to innovation and improvement, as the Parisian Park is gearing up for the upcoming festivities with an all-new system of LED lights installed at several turrets of the Sleeping Beauty Castle. DLP Dream (@DreamDlp) shared a closer look at these LEDs on their Twitter account.

The grand return of “Disney Dreams celebrates Christmas” during Disney’s Enchanted Christmas will be marked by a new innovation: the presence of LEDs on the turrets of the Castle, which will come alive to the rhythm of the show!

As DLP Dream mentioned, these new LEDs will significantly upgrade the Park’s nighttime spectacular for the Holidays. Disneyland Paris has already released some information on this upgraded nighttime spectacular, making fans eager to see Sleeping Beauty Castle come to life.

This year, in addition to the Disney D-Light drone display which was designed for the 30th Anniversary celebration, lighting up the Disneyland Paris’ sky every night, Guests will enjoy the comeback of “Disney Dreams®! of Christmas”. This famous nighttime spectacular – which has dazzled a generation of Guests – will return more beautiful than ever as part of the 30th Anniversary celebration!

This magical show combines fireworks, dancing fountains and Christmas songs, along with projections of scenes immersing Guests into the worlds of Disney classics, such as Frozen and Pixar movies, such as Toy Story! The show will be even more dazzling and elevated for this special year, as a touch of innovation has been added to it! Sleeping Beauty Castle’s rooftops will be even more sparkling thanks to a brand-new LED* technology that makes it possible to create effects that have never been seen before in a Disney Park and that are synchronized

During Halloween, Disney Villains will also take over Sleeping Beauty Castle for a spooktacular nighttime performance, Nightfall with Disney Villains. While it isn’t clear if this nighttime spectacular will also use the new LED system, Disney’s description makes us eager to enjoy this villainous takeover.

This year, at nightfall, Disney Villains will have one last mesmerizing surprise in store for Guests: Nightfall with Disney Villains, which will take place before Disney D-Light – the 30th Anniversary celebration’s successful preshow that includes a drone display and Disney Illuminations. Their devious plan will consist of coming out of the shadows and temporarily take over Sleeping Beauty Castle, during a dancing fountain display combined with projections.

With these exciting announcements, we can’t wait to experience the magic of the holidays at Disneyland Paris!

The 30th-Anniversary celebrations continue at Disneyland Paris bringing Guests buckets of Disney magic across Disneyland Park, Walt Disney Studios Park, and Disney Village. Guests can enjoy new shows like Disney D-light — the drone pre-show to the Disney Illuminations fireworks — and the character cavalcade Dream… and Shine Brighter! in front of Sleeping Beauty Castle! Mickey and the Magician also made a grand return as part of the Park’s 30th-anniversary celebrations.

Will you visit Disneyland Paris during Christmas or Halloween? Let us know in the comments below!