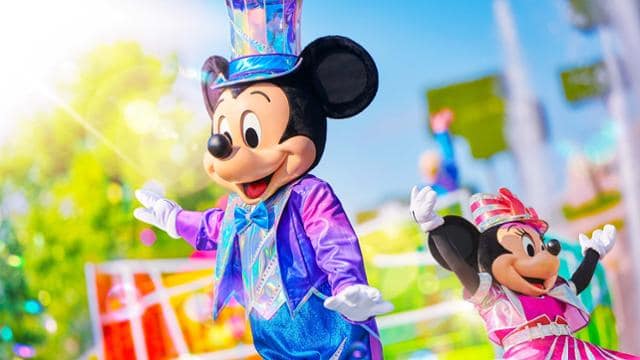 Disney is removing a beloved parade from one of its Parks for the rest of this year, but fans will be able to see it once again very soon!

It is no secret that Disney Parks worldwide have some of the best entertainment offerings for Guests to enjoy during their visit. From classic fireworks spectaculars to innovative projection mapping shows, musicals, parades, and cavalcades, among many more live performances, there is always something new to enjoy at Disney Parks.

However, these entertainment offerings sometimes have to leave the Parks to make way for fun and exciting new shows. This will happen to one of the most popular Disney parades this year, as it will soon be replaced at the Park.

Disneyland Paris recently announced its 30th-Anniversary celebration parade, Dream… and Shine Brighter! will leave the Park on October 1 to make way for a new entertainment offering in which some of the show’s characters will invite Guests to laugh louder and believe in their dreams.

Per Disneyland Paris’ website, Dream… and Shine Brighter! will take a short break from October 1, 2022, to January 8, 2023.​ And while it is sad to see this fan-favorite parade leave the Park, the dates imply that it will be replaced with fun new offerings to celebrate Halloween and Christmas at the Parisian Park.

The 30th-Anniversary celebrations continue at Disneyland Paris bringing Guests buckets of Disney magic across Disneyland Park, Walt Disney Studios Park, and Disney Village. Guests can enjoy new shows like Disney D-light — the drone pre-show to the Disney Illuminations fireworks — and the character cavalcade Dream… and Shine Brighter! in front of Sleeping Beauty Castle! Mickey and the Magician also made a grand return as part of the Park’s 30th-anniversary celebrations.

Will you visit Disneyland Paris for Halloween or Christmas this year? Let us know in the comments below!