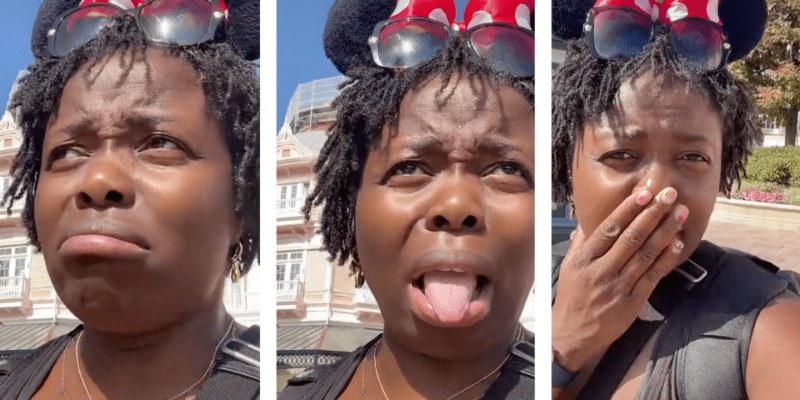 There are dozens of dining options at Disneyland Paris, especially as the former EuroDisney celebrates its 30th Anniversary! From Disneyland Park to Walt Disney Studios Park to Disney Village and all the Resort hotels, Disney offers diverse options at various price points.

However, the food at Disneyland Paris has become somewhat of a meme in the last few years. Fans mocked food options at the newly-opened Avengers Campus restaurant, PYM Kitchen. One TikToker wondered why there were so many potato chips everywhere!

In a more serious incident, some Guests looking for a halal meal to conform to their Islamic beliefs were handed frozen meals to cook themselves in a microwave. They called it discriminatory and a “human rights infringement.”

Recently, a Nigerian TikToker from England (@kelechnekoff) visited Disneyland Paris and shared her experience with the Disney Parks’ food:

“You know how they say Disneyland is the Happiest Place on Earth? I’m not necessarily disputing that,” the Disney Park Guest explained. “But the food? The food. The food is shocking.”

The TikToker said every meal she ordered “tasted like warmed up *ss crack.” She made hilarious disgusted faces and noises.

“I’ll post a dreamier post later with all the cute bits, but for now, just listen to me,” the Guest warned. “The food? A mess.”