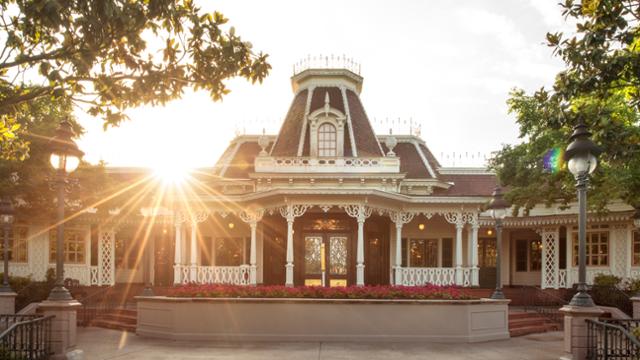 Disney Parks are known for catering to all Guests. The welcoming nature of a Disney Park is something that many other establishments have tried to replicate over the years; from Cast Members to Pixie Dust, character hugs to complimentary “FastPass”-style passes, The Walt Disney Company is built on the notion that Disney is for everyone.

Unfortunately, a family visiting Disneyland Paris recently was left shocked and appalled after a restaurant on Disney property allegedly served them each a frozen meal and were asked to heat it up themselves — something which they claim is a human rights infringement and discriminatory against their religious beliefs.

Currently celebrating the 30th anniversary of Disneyland Park (the former Euro Disneyland Park), Disneyland Paris, like other Disney Resorts worldwide, is crowded. With new offerings like the drone pre-show to the Sleeping Beauty Castle Disney Illuminations, Disney D-light, the Dream… and Shine Brighter! parade, and Disney Parks’ second Avengers Campus (after Disneyland Resort) which was opened just recently by Disney CEO Bob Chapek and Captain Marvel herself, Brie Larson, the Paris Disney Resort, is undergoing developments like never before.

And amid all of this activity at Disneyland Paris, Guests still expect the Disney-level of service the brand has emulated for decades. For one family, that did not happen.

Dr. Syed Asim Ali Mukhtar, wife Elena Arsene, and their two children encountered a frozen meal disaster on the second night of their four-night Disneyland Paris vacation — the first trip the family have had since the height of the pandemic.

Dr Syed, 46, a Consultant Acute Medicine at Isle of Wight NHS Trust, said they were told they could not be cooked by the chefs because it wouldn’t be halal.

Dr. Syed expanded on the situation at the Plaza Gardens Restaurant, he said:

“On the first night, they had the food ready and it was heated. On the second night we had a second reservation booked at a restaurant at the park for 4:30pm. We went in and sat at the table and the food was like ice. It had frost on it. It was so hard. We were told to go and heat it up ourselves in the microwave. We expected it to be served heated and at the table like every other customer. The staff said they wouldn’t touch the meal as it was halal. I come from a professional environment, so I do not like to cause a scene.”

Disneyland Paris, like other Disney Parks, does state that they cater to all dietary needs. The website reads:

Disneyland Paris is committed to offering a wide range of culinary options. Guests with specific dietary needs due to health, ethical, or religious reasons can find vegetarian and vegan alternatives on the menu, as well as special halal and kosher dishes upon request.

All our table service restaurants and all-you-can-eat restaurants within our Parks, Disney accommodation and Disney Village can offer sealed and certified halal dishes and kosher meals.

According to the report, Dr. Syed called ahead for his family 11 days in advance, nine days more than the requested 48 hours. The NHS healthcare worker said:

“It is really painful when you get profiled and discriminated against, so blatantly.

“The painful issue was the indifference of the staff.”

Disneyland Paris has reportedly declined to comment on the situation.

Have you ever had a similar incident while trying to dine at a Disney Park restaurant? Let us know in the comments down below!

Disneyland Paris is home to two theme parks, Disneyland Park and Walt Disney Studios Park, as well as Disney Village. The Disney Resort offers a paid attraction service known as Disney Premier Access where Guests can ride attractions like Phantom Manor, Star Wars Hyperspace Mountain — this Park’s version of Haunted Mansion and Space Mountain –, Indiana Jones and the Temple of Peril and Big Thunder Mountain for an additional fee on top of a Guest’s ticket and reservation.