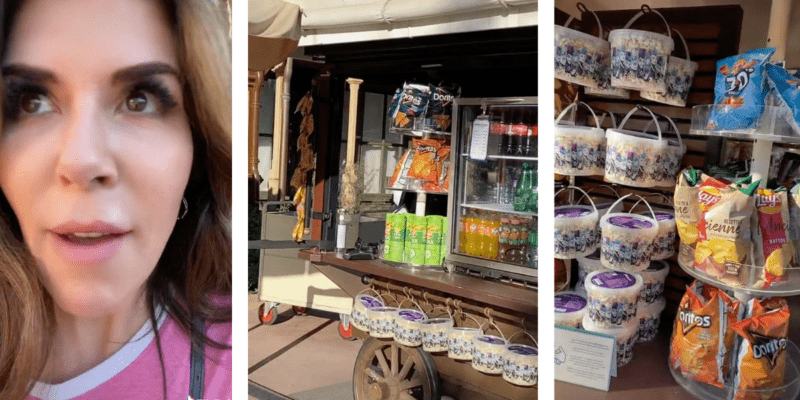 Even though Disneyland Paris is full of familiar Disney characters, Marvel heroes, and rides we all know and love, the Parks have their differences from Walt Disney World Resort and Disneyland Resort!

Why so many chips? #disneylandparis

Martinez is walking through the Disney Park and points out all the different flavors of Doritos and potato chips at the food carts.

“Okay. There’s something very odd that I noticed about Disneyland Paris,” Martinez says in the video. “They sell chips everywhere. Chips!”

She goes on to laugh and express confusion at the chips:

“Like tons of chips. Like every kind of Dorito you can imagine, potato chips. I mean, I love it, but it’s like, I’ve never seen that. Look at all the chips. Look. There’s just chips everywhere.”

At Walt Disney World and Disneyland Resort, you’re likely to find a bag of Nacho Cheese or Cool Ranch Doritos and Classic Lay’s potato chips, but not much else in the way of the classic American fried snack.

Many commenters suggested that it’s because potato chips aren’t common in Paris, so they’re sold at the “American” Theme Parks:

“I’ve been there, it’s because you can only get them at the park,” Michelle Means-Campb said.

“Because u can’t find them anywhere else in Paris!”

Have you ever been to Disneyland Paris? Did you notice anything odd?