Disney Guest Mocked For Stomach Issue, Blocked From Family - Inside the Magic 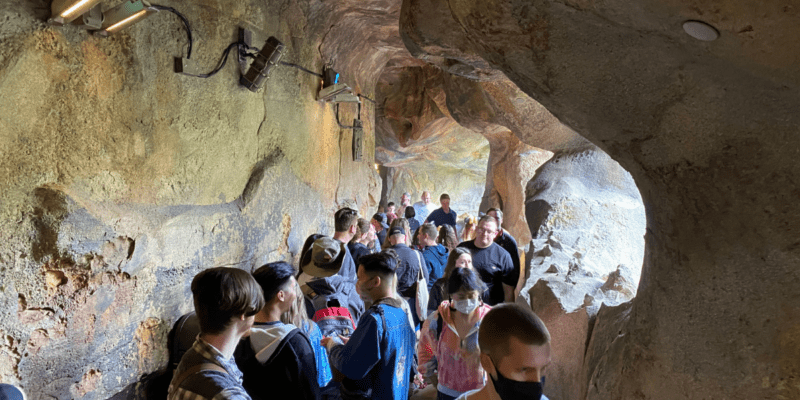 Disneyland Resort and Walt Disney World Resort are home to some of the most cutting-edge Theme Park attractions in the world… So lines can get long! Some Guests skip the wait by utilizing the Disney Genie+ and Individual Lightning Lane service – a paid version of the now-retired FastPass. But others try to cheat their way to the front.

Line-cutting is a frequently-debated topic in the Disney Park fan community. On rare occasions, Guests have even been rewarded by Disney Cast Members for reporting those trying to beat the system. For the most part, though, Disney Genie Plus gets more expensive, and the line-cutting problem worsens. Many Disney Parks fans say enough is enough.

Still, Guests should never assume why someone is rejoining a line, especially when medical issues are involved. Unfortunately, that happened to Reddit user u/pawnbean18, who was accused of trying to cut the line for Star Wars: Rise of the Resistance after leaving to use the bathroom.

Thirty minutes into a two-hour wait, the Guest began having stomach pain and had to leave her boyfriend to use the restroom. She was afraid of exiting the queue and being “that person” but was encouraged by other Guests in the line who promised to wave her over when she returned.

“I rushed my business because I didn’t want to lose my boyfriend in line. I finally rejoined the queue and people were so angry,” the Guest recalled. “One guy even said ‘you should’ve gotten in line with your family’ and another guy wouldn’t let me through and I told him I had to use the restroom but was rejoining my party and he said ‘you should’ve gone before getting in line.’”

“Thing is, I only had a sip of my drink and the same ol’ resort breakfast. I didn’t anticipate needing to use the restroom,” she explained. “I felt awful and it didn’t help that these grown *ss men were trying to challenge some girl that wasn’t hurting them at all.”

More on Star Wars Rise of the Resistance

Star Wars: Rise of the Resistance was the second attraction to join Star Wars: Galaxy’s Edge at Disney’s Hollywood Studios. Alongside Millennium Falcon: Smuggler’s Run, it offers Lucasfilm fans the most immersive experience possible! From Disney:

Star Wars: Rise of the Resistance is a massive attraction with multiple ride systems that is unlike anything you’ve ever experienced at Walt Disney World Resort… or anywhere else in the galaxy!
Accept a Mission from the Resistance
The Resistance needs your help! Hidden in the forest outside Black Spire Outpost, the Resistance is gathering recruits for a secret mission.

Though someone actually cutting in line can be frustrating, you should never assume another Guest’s medical issues. Alert a Disney Cast Member if you think action needs to be taken.