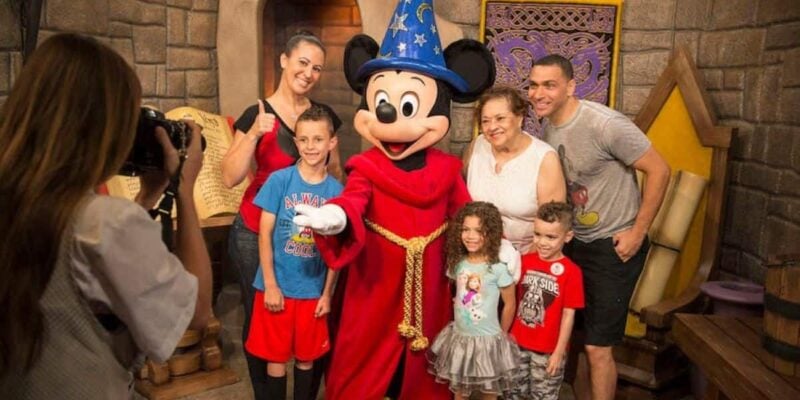 Disneyland Resort and Walt Disney World Resort are home to some of the most cutting-edge Theme Park attractions in the world… So lines can get long!

Some Guests skip the wait by utilizing the Disney Genie+ and Lightning Lane service – a paid version of the now-retired FastPass. But others try to cheat their way to the front.

Line-cutting is a frequently-debated topic in the Disney Park fan community. On rare occasions, Guests have even been rewarded by Disney Cast Members for reporting those trying to beat the system.

For the most part, though, as time moves on, Disney Genie Plus gets more expensive, and the line-cutting problem worsens. Many Disney Parks fans say enough is enough.

Groups who put an anchor in a standby line and then use that person to skirt by everyone who’s waiting patiently in the queue can go straight to hell.

It’s happened twice already at HS this morning and chafes me to no end.

In addition to the thousands of upvotes, the post reached nearly 300 comments from frustrated Walt Disney World Resort Guests. From u/heyheybobiggilybop:

Over the summer there was this one group all wearing blue shirts. One was in line ahead of us for Seven Dwarfs Mine Train and suddenly more than thirty adults and children with matching shirts all cut ahead of us to be with him.

“I was in line once for RNRR and 2 young adults came up behind me, didn’t say excuse me or anything, and grabbed my shirt to ‘pull’ me out of the way as they passed through to the front,” u/macpancakes wrote. “They were laughing the whole time. Someone in the party in front of me said that if this man had touched her the way he did me she would have punched him in the face. I felt very uncomfortable. People suck.”

As many pointed out, line-jumping is against Walt Disney World Resort’s rules, which state:

However, with hundreds of Guests moving through lines every hour, it’s nearly impossible for Disney Cast Members to police every line-cutter. It’s best to report disruptive behavior rather than involve yourself in the situation and risk an altercation.