Bob Chapek Erased From Company, Wiped From Disney's Private Island After Being Fired - Inside the Magic 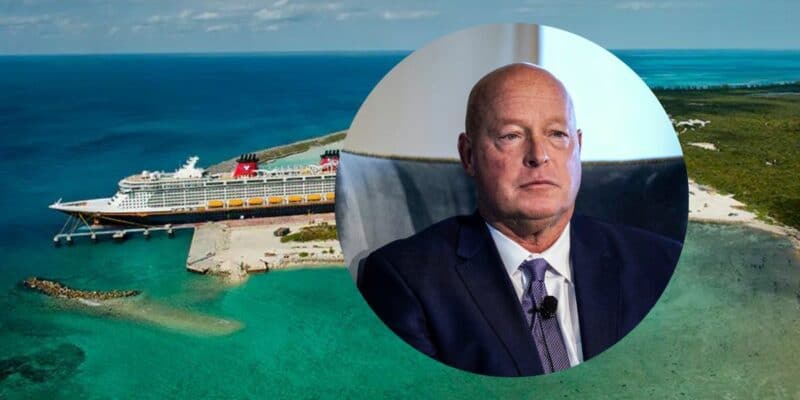 When Guests plan a vacation aboard any of Disney’s cruise ships, they can expect to have a lot of fun, eat a lot of delicious food, and enjoy a relaxing trip across numerous destinations. One of tehse destinations is Castaway Cay.

This island is exclusive to Disney Cruise Line Guests and has become a big reason why people choose to travel wit Disney in the first place.

Disney’s newest island, Lighthouse Point, is currently under development. For now, Guests on Disney Wish, Disney Fantasy, Disney Wonder, Disney Dream, and Disney Magic can only visit Castaway Cay and other non-Disney destinations. Recently, a discovery was made regarding former Disney CEO Bob Chapek and his “relationship” to the island.

For those who may not know, Bob Chapek was honored on the island in a very unique way. The side of a building claims Chapek Was a “Master Ship Builder,” a fun way for Disney Imagineers to reference the CEO. However, Bob Chapek is no longer Disney’s acting CEO, meaning the sign was out of date.

Now, there is no trace left of the sign. This news was shared in a tweet from Scott Sanders (@TheDCLBlog):

Fans had been discussing and “taking bets” on how long it would take Disney to remove the sign. Considering it’s only been about a week since Chapek was fired, we’re pretty surprised the sign is already gone.

An image of what the sign used to look like, as well as one honoring Bob Iger, can be seen down below:

Iger is acting as CEO effective immediately, and his term will officially end on December 31, 2024. To dig a little deeper, we also found out the exact circumstances surrounding Disney’s decision.

According to reports, Disney says that it “exercised its right to terminate without cause” the employment of Bob Chapek, essentially confirming Chapek was indeed “fired” more or less. “Mr. Chapek will receive the separation benefits payable in accordance with the terms of his previously disclosed employment agreement.”

Have you been on a Disney Cruise before?