Massive Fire Breaks Out at Walt Disney World - Inside the Magic 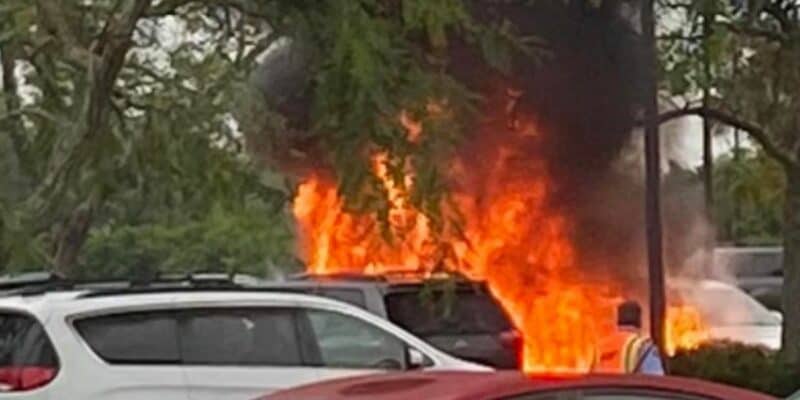 A fire engulfed a minivan at one of Disney’s most luxurious hotels.

Guests watched as a minivan caught on fire at Disney’s Polynesian Village Resort Saturday morning. Several images of the incident were shared online, including a Disney Facebook group.

According to Kim K, a Guest who witnessed the incident, the fire started around 8 a.m. Saturday morning. The flames great quite large, damaging four or five cars near it in the process. Eventually, Reedy Creek firefighters arrived on the scene and put the fire out.

No one was reported injured due to the fire. You can see more photos of the fire below:

Disney’s Polynesian Village Resort is currently undergoing a massive refurbishment, one that at one point shut down the Monorail as well as closed the fan-favorite ‘Ohana. Fortunately, all of these amenities have returned, but there’s one addition that fans still can’t get behind.

One of the biggest aspects of this update to Disney’s Polynesian Village Resort are the new Disney Vacation Club (DVC) villas. These were announced earlier this year with the new DVC accommodations replacing the Spirit of Aloha Dinner Show, a fan-favorite experience.

The project is scheduled to be completed by late 2024 and will welcome Guests who are part of the Disney timeshare program. However, this announcement was met with a lot of criticism from Guests. Some Guests even compared the concept art to a Marriott, indicating Disney’s theming capabilities are starting to dip.

Have you ever stayed at Disney’s Polynesian Resort?