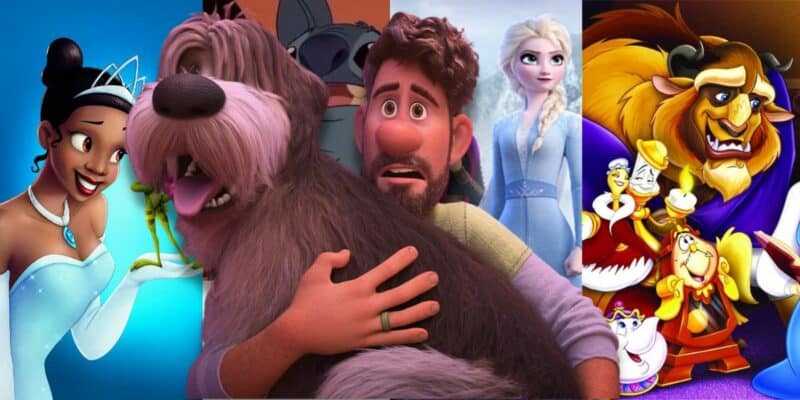 Not everything can be a hit.

Disney has an incredibly-long catalog of animated features, ranging from 2D classics to 3D epics. The Walt Disney Company’s latest animated feature film is Strange World (2022), an adventurous and ambitious new movie led by filmmaker and director Don Hall, who also co-directed some major Disney movies such as Winnie the Pooh (2011), Big Hero 6 (2014), Moana (2016), and Raya and the Last Dragon (2021).

The film officially released on November 23, 2022, and looks to be a fun time for the whole family. However, the film has been swarmed with controversy as of late.

The animated movie will follow a family and motley crew of explorers spanning three generations, known as the legendary Clades. The lasThe Dom Hall and Qui Nguyen-directed epic is the 61st animated film from the animated movie giant, following the Clades family as they explore the mysterious planet Avalonia.

However, 61 may be proving too much for Disney as initial ratings and scores are breaking records and not in a good way.

While it’s always hard to tell how well-received a movie will be, especially since Disney’s Encanto (2021) became a smash-hit well after its official release, the audience score for Strange World is not very promising.

The film is facing the worst Audience Score in the Studio’s entire animation history, receiving a “B” rating on CinemaScore from moviegoers. This is now the worst rank for a Disney animated film ever and the only one to drop below an “A-.“

CinemaScore is a calculated average of ratings given by moviegoers straight out of the theaters, meaning that it’s entirely based on initial reactions of the general public who watch when it releases.

As we stated earlier, the film has been surrounded by controversy anyway, being banned in around 20 different international markets due to the film’s reliance on LGBTQIA+ topics.

The film is also not expected to reach its estimated box office returns, coming in far below what was projected. Right now, Guests can enjoy a few exclusive experiences based on Strange World at both Disneyland and Walt Disney World. More on there here.

Have you seen this new film? What did you think of it?