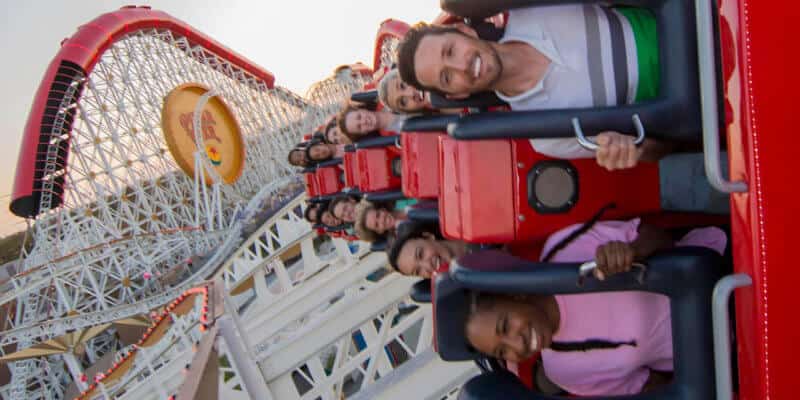 Disney Cast Members make the Parks as magical as they are. But with so many Guests in a crowded, adrenaline-filled environment, they sometimes have to step in during sticky situations.

That was the case at Disneyland Resort this Monday when a Disney California Adventure Cast Member stood up to a group of Guests that tried to hold a spot in line for their large party.

Line-cutting is always a heated topic in the Disney Parks fan community. Some Guests compare it to “borderline abuse.” It’s been the cause of plenty of fights, just between Guests!

Reddit user u/Few_Republic1136 shared that they were in line for Incredicoaster at Pixar Pier when “a group of like 7-8 people were cutting 80% of the line to meet up with one person.”

According to the Guest, an attractions Cast Member stopped the group and asked how many of them were joining the one Guest who had waited. When they admitted it was 7-8 of them, the Cast Member reportedly said, “No, I have a problem with that,” and sent the group to the back of the standby queue.

“It was an epic moment because I remember as they were cutting us it felt like the people in their group never ended and it was really awkward especially since they were just laughing the whole way like it was normal,” the Disney California Adventure Guest said. “I think one or two people meeting up with a group is fine but that was just crazy. Just a reminder to have like 80% of your group waiting in line or else you’ll get kicked.”

Another frequent Disney Parks Guest, u/livingfortheliquid, said they were concerned that this isn’t a consistent policy across Disneyland Resort. They wrote:

You saw a lucky moment. I’ve not had that experience at all and have had cast members walk away or say “as long as the party ahead is equal or more it’s not cutting” and allowing 6 people to join six people.” So 10 people could join 10 people.

Seems there’s little actual policy and follow through but 100% depending on the cast member you find. I do feel there will be some fights over this in the heat of summer. Maybe once that happens they will work on this problem better.

u/Blindprophet_413 wrote that line-jumping seems to have gotten worse since Disneyland and Disney California Adventure reopened during the ongoing COVID-19 pandemic:

When I was there last December it happened at almost every ride I went on, and there wasn’t a cast member around a single time. Can’t stop what you don’t see, I guess, but it was overall a not very good experience. Glad they’re taking action.

It’s important to note that Disneyland offers the Disability Access Service (DAS) for those with medical conditions that make it difficult to wait in line, and any Disney Park line-cutting rules don’t apply to young children taking a bathroom break.

Do you think the Cast Member did the right thing? Let us know in the comments.