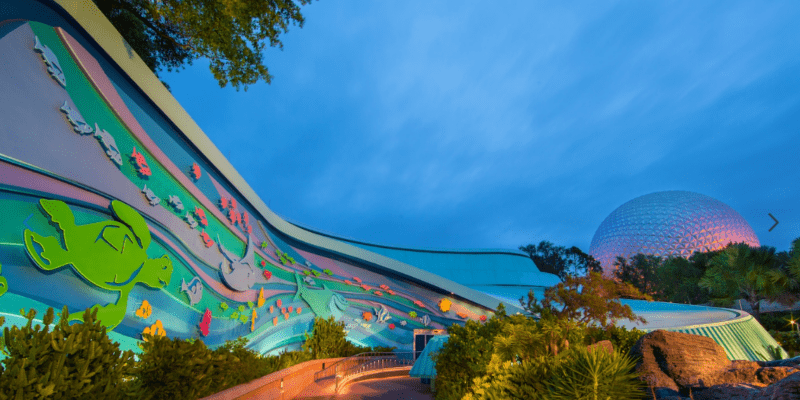 Cast Members go through a series of training processes to provide Guests with the best experience while visiting the Park. This includes being trained to be as positive and friendly as possible to both the young and the young at heart. Any negative attitude or mistreatment towards Guests (such as swearing, yelling, punching, etc.) by Cast Members is not tolerated and may result in termination if repeated offenses take place.

While Cast Members try their best to help Guests in any situation that may come up, there are some cases where particularly rude Guests make situations unnecessarily complicated.

Such is the case of a story shared by Dapper Manatee’s CC (@dappermanatee) on a recent TikTok video. He says that he used to be a Cast Member but that there were some days that he wasn’t himself. Those days were known as “Mitch days.” It is unclear if Mitch is this creator’s middle name or if this identity came from a “loaner name tag,” a situation we have previously reported on.

Whatever the reason, Dapper Manatee explains that Mitch was a fed-up Cast Member whose favorite chew toys were mean Guests. For this particular story, Mitch was working at The Seas with Nemo & Friends as a stand-by greeter, and a female Cast Member was working the Fastpass line. For context, he adds that Walt Disney World receives thousands of Guests from all over the world and that sometimes those Guests come from countries where they have multiple wives.

On that day, one Guest was trying to scan Fastpasses for him and his three wives, but they didn’t seem to be working. The female Cast Member in charge of the Fastpass line tried to explain to him that he probably had not set the Fastpasses and that he would have to use the stand-by lane, an idea that was infuriating to him. Mitch says that the Guest immediately turned to Mitch and started yelling at him, saying he had paid for Fastpasses, even though he didn’t know what fast passes were.

Mitch was clearly surprised, as he was not part of this conversation, and this Guest had no reason to be yelling at him. However, the Guest later explained that Mitch was the only male Cast Member at the entrance; therefore, he must be in charge. Mitch says that in this country, we believe that females and males are equal, or at least we should, and proceeded to tell the Guest that his fellow Cast Member had already explained the situation very well, saying that he couldn’t go through the Fastpass line, but that he was more than welcome to wait in the standby line.

The Guest then yelled at Mitch, asking him how he dared let her speak, continuing to upset Mitch, who responded that his fellow Cast Member was probably more confident than him, as she knew how Fastpasses worked. The discussion continued to escalate to the point where the Guest said he wanted to fight Mitch, as he had probably never been spoken to like that. “Mitch has no time for ridiculousness, Mitch is a feminist,” says Dapper Manatee as he continues to tell his story.

When the Guest finally managed to calm down enough to ask for a manager, Mitch quickly obliged, requesting the presence of every female manager available, shocking the already upset Guest, who proceeded to say Mitch’s favorite Disney phrase, “I’m gonna sue this place.” Mitch explains that the moment a Guest threatens to sue anyone while at Disney, Cast Members can no longer do anything regarding the situation, as that means a direct threat to the company, and the Guest can no longer be worked with, making problematic Guests eligible to be escorted out of the Park by security Cast Members.

Related: Cast Members Are Being Affected By “Unnecessary” Park Policy

You can see Dapper Manatee’s video down below, or click here to watch it.

Since, as Dapper Manatee mentions, Walt Disney World receives Guests from all over the world, it is understandable that there may sometimes be cultural shocks, but that gives Guests no right to treat Cast Members in such a way.

The Seas with Nemo & Friends is one of EPCOT’s largest pavilions and the second largest aquarium in America. The pavilion is themed as an underwater exploration base called SeaBase Alpha, with several exhibits devoted to oceanic study. The building includes an aquarium and its attached dark ride attraction, a talk show-type attraction called Turtle Talk with Crush, and the Coral Reef Restaurant.

At the moment, EPCOT is now celebrating the International Flower and Garden Festival, and tons of construction is going on! Spaceship Earth now has the new Beacon of Magic lights illuminating the sphere, and Future World is on the road to completion. Club Cool and the new Creations Shop is open to Guests, as well as Remy’s Ratatouille Adventure in the France Pavilion! Guardians of the Galaxy: Cosmic Rewind is currently doing Annual Passholder previews, and Guests will soon be able to experience this fantastic new attraction! Plus, you can enjoy the stunning Harmonious show each evening!