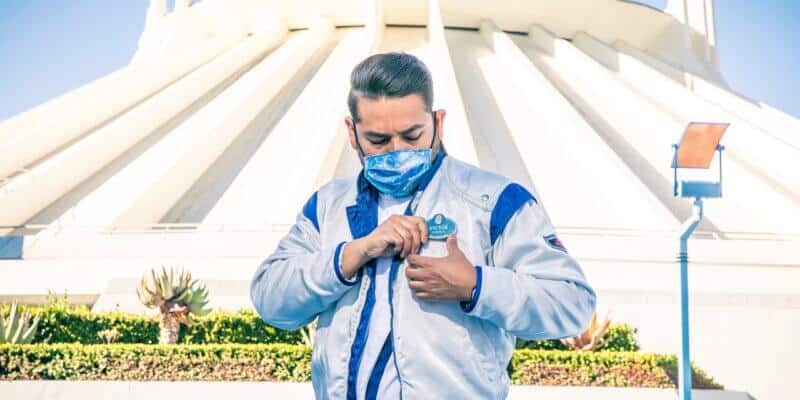 Related: Disney Cast Member Alleges They Were Fired After Getting Pregnant

Kendra Mae (@kenderella.mae) recently posted a video on TikTok posting about an interesting Cast Member rule. In her video, Kendra mentions that Cast Members can’t walk around without a name tag, so if they forget their own, they would have to wear what is called a “loaner name tag,” which essentially is someone else’s name tag, or a spare. These “loaner” identities can be picked up at the costuming department of the Parks, where Cast Members get their attires, or sometimes the area in which the Cast Members are working will also have some of these identities to borrow.

Kendra admits to having borrowed the identities of Pat, Ryan, Bailey, Sarah, and Dakota, to mention a few. She comments that whenever Cast Members have to wear a name tag that is not their own, they often get called by that name more and that they also receive more comments and compliments about their name when it’s not their own. She says, “it’s like people know, somehow, they know and make it hard for you.”

She also says that, to her, knowing that Cast Members can’t be around the Park without a name tag is common sense, but that many think borrowing identities using “loaner name tags” is some big secret.

You can watch Kendra Mae’s full video down below:

Some Cast Members commented on the video, sharing their own stories of the days they had to use a loaner name tag, and even a couple of Guests jokingly asked if Cast Members they had met were not actually who their name tag said they were.

While there is nothing wrong with Cast Members doing this, it is fun to know this happens at the Parks, and who knows, maybe next time you visit the Parks, you could be talking to a Cast Member with a completely different name than their real one.