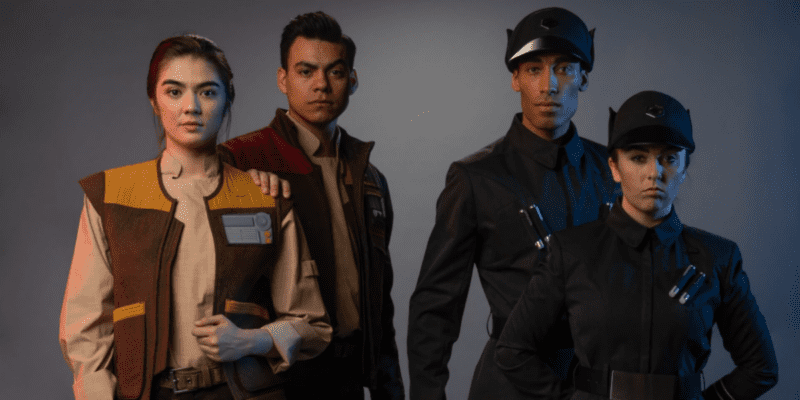 Cast Members are a vital part of The Walt Disney Company in order to make everything in the Parks run smoothly, from food and merchandise to security, upkeeping of the Parks, and even character interactions.

Cast Members go through a series of training processes in order to provide Guests with the best experience while visiting the Park. This includes being trained to be as positive and as nice as possible to both the young and the young at heart. Any negative attitude or mistreatment towards Guests (such as swearing, yelling, punching, etc.) by Cast Members is not tolerated and may result in termination if repeated offenses take place.

With more immersive and interactive attractions coming to Disney Parks, Cast Members have to assume more demanding roles, like Resistance fighters and First Order supporters at Star Wars: Rise of the Resistance. Staying in character is crucial to keeping the attraction immersive and making the Guests’ experience unforgettable.

In a video posted on TikTok by caretap (@caretap), we can see a Cast Member trying her best to stay in character, walking away from a couple of Guests after making a vine reference that had them bursting out laughing. However, after walking back and seeing the Guests’ reactions, she can’t hold her laughter anymore and breaks character.

Many viewers were concerned about what would happen to the Cast Member due to this incident. It should be noted that Guests should not try to make anyone “in character” break intentionally.

The original creator explained that she and her friend were wearing Disney buttons that said “I’m Celebrating Roommates,” hence the Vine reference. Funnily enough, this video made its way to the Cast Member’s account, who commented:

Omg hi that’s meeee. So sorry, I was in an incredibly good mood that day and was not fully in bad guy mode yet. But hey bestieeeee

Have you ever witnessed a Cast Member breaking character? If so, tell us about it in the comments below!