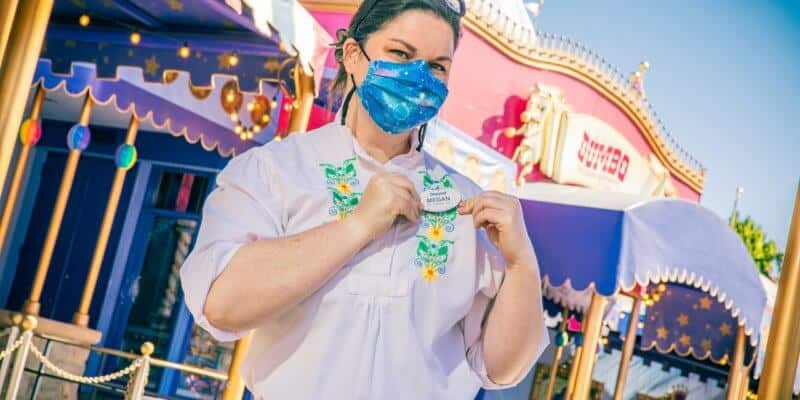 Recently, Disney (@disneyparks) shared a video on their TikTok account, where they shared with viewers what the queue to the new Guardians of the Galaxy: Cosmic Rewind attraction will look like.

Here’s an exclusive preview of the Galaxarium inside of #GuardiansOfTheGalaxy: Cosmic Rewind opening this #Summer at #EPCOT #Disney #DisneyParks #DisneyWorld50

Here’s an exclusive preview of the Galaxarium inside of GuardiansOfTheGalaxy: Cosmic Rewind opening this #Summer at #EPCOT 💫 #Disney #DisneyParks #DisneyWorld50

Later that day, and just as they did with the Star Wars: Galactic Starcruiser, Disney decided to give the first look at the new Guardians of the Galaxy: Cosmic Rewind to several Disney influencers and content creators who were able to walk through the queue of the latest attraction and share the experience with their followers.

Related: ‘Guardians of the Galaxy’ Coaster May Not Be Available For Everyone When It Opens

While many viewers were excited to get a sneak peek at EPCOT’s latest addition, not everyone was happy with Disney’s decision.

Twitter user LEX (@lifewithlex2c) mentioned that she couldn’t even get a reservation to roam Disney’s Animal Kingdom on her day off as a Cast Member. In contrast, influencers got an exclusive preview of this new attraction.

Abby Genevieve(@abby_cadabby21) added to the conversation by mentioning the media event for the Star Wars: Galactic Starcruiser and how, in her opinion, being able to afford it is an impossible task.

This adds to the complaints that have been voiced lately, as many feel the company is taking more benefits away from Cast Members each time.

Monse (@Monse_DP), for example, recently shared an image on her Twitter account showing how Cast Members have almost no availability to make Park reservations, even though Park access is promoted as one of the company’s employee perks, and added that she feels frustrated even though she’s not a Cast Member.

How can Disney even claim that “park access” is an employee perk when this is their blocked out calendar?! Keep in mind that even on non block days it is all dependent on them getting a reservation, so basically a Hunger Games situation for them.

How can Disney even claim that “park access” is an employee perk when this is their blocked out calendar?! Keep in mind that even on non block days it is al dependent on them getting a reservation, so basically a Hunger Games situation for them. pic.twitter.com/bLV0xekkCo

Earlier this year, Magic Key holders struggled with the reservation system as well, as it offered them no options to make reservations, even after some tiers of this membership had been advertised with little to none on block out dates. Many Guests argued that Disney was artificially limiting Park capacity, preventing pass holders from making reservations.

The Walt Disney Company has not released any official information regarding this matter. The official site for Disney Careers still mentions theme Park experiences as one of their employee benefits.

EPCOT is currently celebrating the International Flower and Garden Festival, and tons of construction is going on! Spaceship Earth now has the new Beacon of Magic lights illuminating the sphere, and Future World is on the road to completion. Club Cool and the new Creations Shop is open to Guests, as well as Remy’s Ratatouille Adventure in the France Pavilion! Guardians of the Galaxy: Cosmic Rewind will also debut on May 27! Plus, you can enjoy the stunning Harmonious show each evening!

How do you feel about Cast Members being blocked out of the Parks?  Let us know in the comments below!