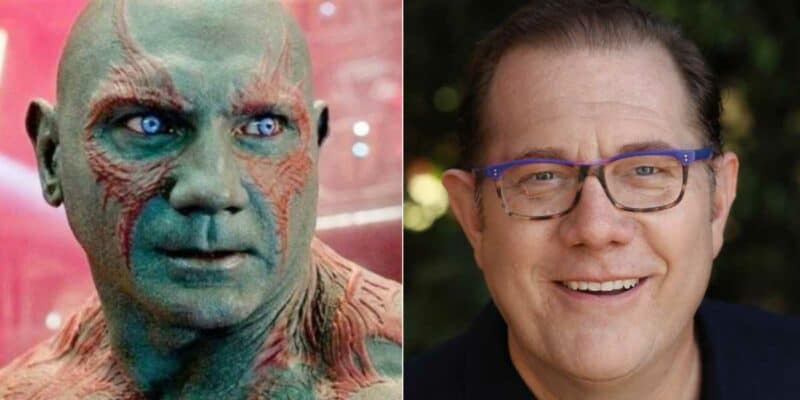 The Marvel Cinematic Universe’s most surprising project could confirm who is likely taking over the role of Drax the Destroyer now that wrestler-turned-actor Dave Bautista has exited the part.

The second sequel rejoins the group of disparate misfits in a new mission that will include the return of Elizabeth Debecki’s Ayesha, as well as the first MCU appearance for Will Poulter’s Adam Warlock and Chukwudi Iwuji’s High Evolutionary. Gunn’s third effort for Marvel Studios has long been touted as the last, at least for this specific group of Guardians, and some of the cast have not been quiet over their retirement from their respective roles.

And no one has been as loud, and excited, about leaving his role behind as Dave Bautista.

The actor has often spoken out about his dismay about Drax the Destroyer’s storyline, considering his bleak past that was revealed in the inaugural Guardians of the Galaxy movie, and how much he dislikes being shirtless and covered in body paint. In fact, only recently did Bautista once again speak out on his final days as the Marvel superhero, and while the former WWE star may be rejoicing at the prospect of no more Drax, fans of the space-faring team are sure to take it hard.

That being said, it may not all be over for Drax — or any of the other Guardians, as it happens.

In 2021, Marvel Studios debuted its first-ever canon animated series, What If…? from creator AC Bradley and director Bryan Andrews. The alternate reality anthology series focused on various “what if?” moments throughout the MCU’s history, bringing together one of the largest assembled A-list casts ever. However, while the likes of Paul Rudd (Scott Lang/Ant-Man) and Chris Hemsworth (Thor) lent their voice talents to the first season, a fair few characters were recast with new actors. Let’s remember that What If…? is canon…

In the first season of What If…?, characters like Captain America, Iron Man, Black Widow, Captain Marvel, Spider-Man, and Drax the Destroyer were played by different actors. And while the situations regarding their absence were never confirmed, some floated scheduling conflicts and contractual obligations, Dave Bautista claimed he was never asked. Thus, Fred Tatasciore took on the role of the Guardian for the series.

Now, with one series in the bag, another reportedly coming this year, and a third on the cards, it would seem that Tatasciore will be taking over the role of Drax moving forward, at least in the character’s animated incarnation. As of yet, the full cast of What If…? Season 2 has not been announced but there is a high chance that The Watcher’s (Jeffrey Wright) antics may bring the Guardians of the Galaxy, albeit a Multiversal grouping, back to the MCU following the group’s exit in the upcoming Guardians of the Galaxy Vol. 3.

What If…? Season 2 was originally slated for early 2023, but recent rumors suggest the series has been delayed. It will consist of nine episodes.

Do you think more people will be recast for the animated series What If…? Let us know in the comments below!