After Dwayne Johnson Replaced Johnny Depp, Another Star Now Challenges "The Rock" - Inside the Magic 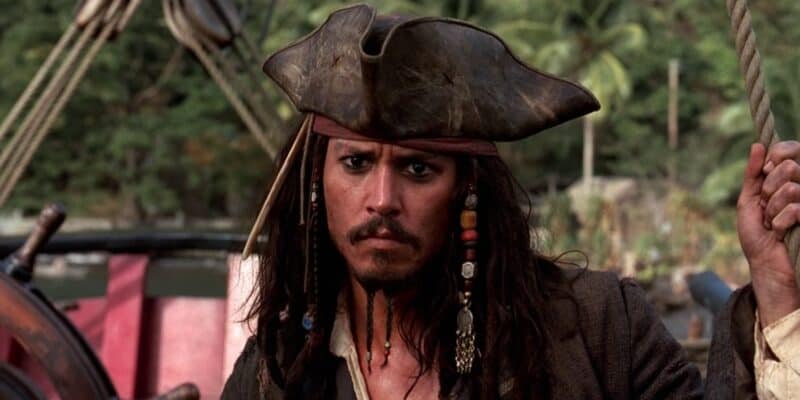 As Dwayne Johnson takes one crown, another wrestler-turned-actor may steal the star’s limelight.

Dwayne Johnson AKA “The Rock” is perhaps one of the most recognizable faces in Hollywood. Enduring generations, the wrestler-turned-actor, has appeared in many of the entertainment industry’s biggest movies. From his early beginnings in The Mummy Returns (2001) to the likes of Race to Witch Mountain (2009), Fast Five (2011), and Moana (2016), and more recent features like Jumanji: Welcome to the Jungle (2017), Jungle Cruise (2021) with Mary Poppins star, Emily Blunt, and Black Adam (2022), Johnson has a secure foothold in the action, family, and adventure movie genres.

His latest appearance in the DC Universe’s Black Adam was expected to reignite the failing Warner Bros. franchise but after lukewarm reviews and a mediocre box office, the movie was essentially cast out by new DC Studios co-CEO’s James Gunn and Peter Safran — the two heads are consolidating the DC slate before presenting their new slew of movies in the new year. The pair famously banished Henry Cavill’s Clark Kent/Superman from the DCU, just months after the star returned in the post-credits scene of Johnson’s Black Adam.

And with all these appearances in film over the decades, Johnson has amassed a large and loyal following, leading him to claim the top spot in a recent poll. According to Generation Z, Dwayne Johnson ranks the highest in favorability, leaving the likes of Spider-Man actor Tom Holland and Jack Sparrow star Johnny Depp in the dust. Johnson took to Twitter to thank Gen Z.

At one point, the likes of Johnny Depp would have topped many a list thanks to his iconic portrayal of Captain Jack Sparrow in the Pirates of the Caribbean franchise. Jerry Bruckheimer’s Pirates series is currently at a standstill as The Walt Disney Company and Bruckheimer navigate a post-defamation trial era of Johnny Depp.

As for Johnson, the former WWF (now WWE) star might look to be at the top of many a list, including one of the best wrester-turned-actors, however, a recent interview might be the precursor for more to speak up about Johnson’s potential usurper.

Dave Bautista, another former WWE star, is most well-known for his appearance as Drax the Destroyer in Kevin Feige’s Marvel Cinematic Universe where he first appeared as the one part of the ragtag group of misfits in James Gunn’s Guardians of the Galaxy (2014). He has since gone on to star in Avengers: Infinity War (2018), Avengers: Endgame (2019), and the rest of the Guardians franchise.

Alongside his stint in the MCU, Bautista has branched out into other genres with parts in movies like Army of the Dead (2021), Dune (2021), and most recently, in director Rian Johnson’s Glass Onion: A Knives Out Mystery (2022).

Speaking to The Atlantic (via CBR), Johnson spoke on Bautista, saying:

“When I was writing [his character, a men’s-rights streamer named Duke Cody], I was picturing a scrawny dude who’s trying to overcompensate. When Bautista was brought up, I was instantly so smitten by the idea. I’ve been a very big fan of his dramatic chops as an actor.”

The interviewer then commented how Bautista is the greatest wrestler-turned-actor, to which Johnson replied:

“I absolutely 100 percent agree. And I think somebody like [Paul Thomas Anderson] is going to give him a real part and is gonna look like a genius. As a person, Bautista is genuinely, immediately vulnerable when you meet him, and that’s what I was excited about. This is someone who has the physical trappings of someone who would play it big, but he actually brings sensitivity to the role.”

Immediately noticeable here is the omittance of someone like Dwayne Johnson. The Jungle Cruise star has more blockbusters under his belt than most, certainly more than Dave Bautista, but as the latter appears in more and more commercially successful projects and gains a larger presence in the industry, it may mean that polls like those mentioned here will look drastically different in years to come.

Do you think Dave Bautista is better than Dwayne Johnson? Let us know in the comments down below!