Disney Axes Dwayne Johnson From Popular Franchise - Inside the Magic 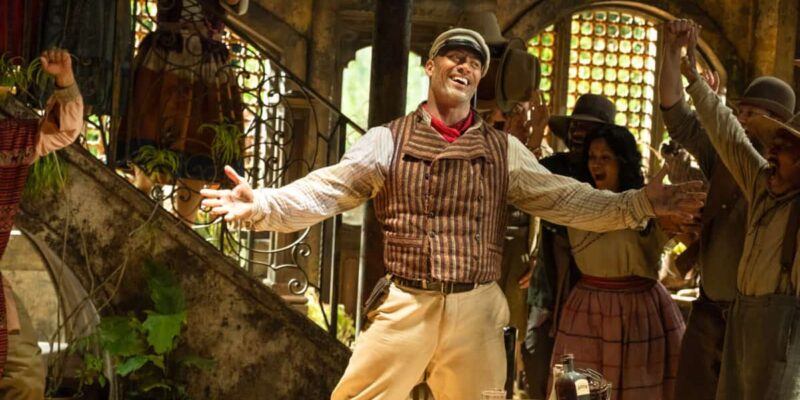 Dwayne Johnson has become an icon in the world of Hollywood.

The popular actor has starred in countless blockbusters and has become one of the most recognizable actors in the world. Johnson has had success with many producing studios over the course of his career, but there are always fans who are anxious to see him return to the World of Disney.

Johnson has a great relationship with Disney, starring in several films for the company over the span of more than a decade. Some of those films include The Gameplan (2007), Race to Witch Mountain (2009), Moana (2016), and of course, Jungle Cruise (2021).

In addition to Johnson’s career with Disney, there have been rumors that he could take a prominent role in franchises like Aladdin and Pirates of the Caribbean, but nothing has come to fruition as of yet.

While there are many projects on the horizon– some of which could include Dwayne Johnson and Disney getting back together– there is one franchise that won’t see the two parties come together.

Inside the Magic previously reported this week that Witch Mountain would be getting its own Disney+ spinoff series, and Bryce Dallas Howard (best known for her recent work in the Jurassic World franchise) would be taking over as the lead protagonist. It has now been confirmed that The Rock won’t be reprising his role as Jack Bruno.

The official description for the Disney+ series can be read below:

“The series is “a modern reinvention of the cult classic that takes place in the shadow of “Witch Mountain,” following two teens that develop strange abilities and discover their sleepy suburb may not be as idyllic as it seems.”

Race to Witch Mountain was expected to be a remake of the original Escape to Witch Mountain (1975), but fell flat at the box office. The film received a pedestrian 42% Tomatometer score from critics and only a 44% audience score.

It’s clear that, as Disney moves forward and attempts another spinoff, the company wants a fresh start on its newest adaptation.

Related: The Rock Wants a Role In the Next ‘Deadpool’ Film With Ryan Reynolds

Dwayne The Rock Johnson got his full-length feature film beginning in Universal Pictures’  The Mummy Returns (2001) and the subsequent spinoff The Scorpion King (2002) after a successful career as a professional wrestler. There are actually rumors that he may reprise this role alongside Brendan Fraser in a new Mummy movie, as well.

Since those movies, The Rock has gone on to star in countless blockbusters, including Gridiron Gang (2006), Get Smart (2008), the Fast and the Furious franchise, San Andreas (2015), Bay Watch(2017), Jumanji: Welcome To The Jungle (2017) and Central Intelligence (2016), Rampage (2018). Most recently, he starred in Black Adam (2022) and Netflix’s Red Notice (2021), as well as his new NBC sitcom Young Rock, where we get a picture of what his childhood was like growing up, including his relationship with his father Rocky Johnson. The Rock also just lent his voice to the movie DC League of Super-Pets (2022) alongside friend Kevin Hart, which was released earlier this year.

In other news, the last time we saw The Rock in a wrestling match, he was squaring up with John Cena in 2011. Known for his rivalry with Stone Cold Steve Austin, he has reportedly been contemplating a return to face his cousin Roman Reigns.

What do you think of Dwayne Johnson not being included in the newest Witch Mountain project?