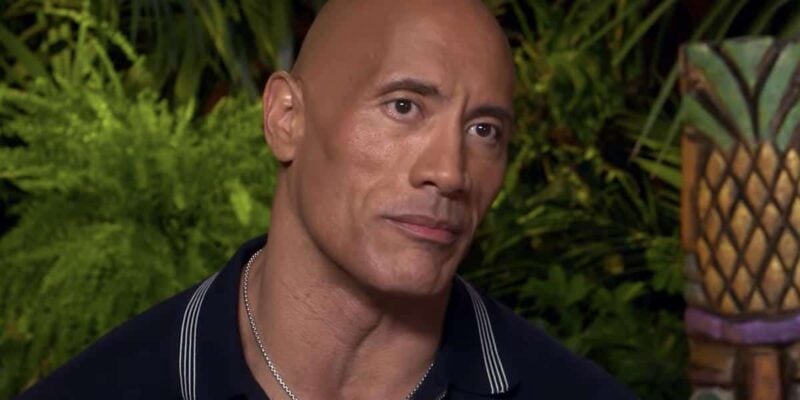 It didn’t take Dwayne Johnson very long to ascend to the level of being one of the most recognized stars in Hollywood.

A third-generation wrestler with his father being the legendary Rocky Johnson, Dwayne Johnson got his start in the WWF under the name Rocky Mavia. He quickly transitioned to a new name, “The Rock,” and his fandom exploded.

To this day, people recognize Dwayne The Rock Johnson for the numerous films that he has gone on to star in, including blockbusters like Gridiron Gang (2006), Get Smart (2008), the Fast and the Furious franchise, The Gameplan (2007), Race to Witch Mountain (2009), San Andreas (2015), Bay Watch(2017), Jumanji: Welcome To The Jungle (2017) and Central Intelligence (2016), Rampage (2018) alongside friend Kevin Hart. Most recently, he starred in Disney’s Jungle Cruise (2021), and Netflix’s Red Notice (2021). The Rock also just lent his voice to the movie DC League of Super-Pets, which was released earlier this year.

The Rock’s most recent movie was the DC blockbuster Black Adam, which was released in November.

But, no one can forget his first-ever movie appearance. Of course, we’re talking about him playing the role of The Scorpion King in The Mummy Returns (2001), alongside one Brendan Fraser.

Now, two decades later, there are talks about Johnson and Fraser reuniting for a major Mummy reboot.

The Mummy franchise moved away from Brendan Fraser as the lead protagonist in its fourth installment, which was a reboot in itself. The Mummy (2017), starred Tom Cruise, and was supposed to be the “jumping off” point for “The Dark Universe,” an entire universe dedicated to Classic Monsters. The movie bombed so badly at the box office that Universal Pictures scrapped the plan altogether.

The two have been very complimentary of each other, and it certainly would be a lot of fun to see them back together in this capacity.

What do you think of a Dwayne Johnson and Brendan Fraser reunion? Let us know in the comments!