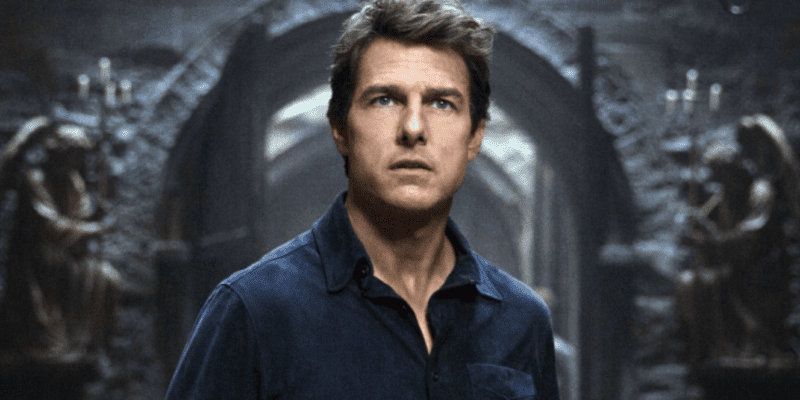 Tom Cruise is known for his wide variety of successful action films that have been box office successes for several decades.

Cruise was the star in several successful films that even went on to be franchises, including Mission Impossible (1996) Jack Reacher (2012), and Top Gun (1986). Cruise is just a matter of weeks away from his latest release, Top Gun: Maverick (2022), which is expected to be a major box office attraction when it premiers on May 24.

However, that doesn’t mean that every film by Tom Cruise has been a widely-successful project.

Just a few years ago, Cruise was the lead star in The Mummy (2017) reboot alongside Sofia Boutella, Annabelle Wallis, and Russell Crowe. The movie was set to be the launching point for Universal Pictures’ “Dark Universe.”

The Dark Universe was originally set to be a universe of films featuring Universal Classic Monsters. There were rumors that Cruise’s character, Nick Morton, would even serve as a Van Helsing for the universe, which was rumored to have remakes of many classic monsters including Frankenstein, Bride of Frankenstein, The Invisible Man, Creature from the Black Lagoon, Wolfman, and Dracula.

Unfortunately, when The Mummy tanked at the box office– accumulating less than $32 million by the end of its premiere weekend and a disappointing $80 million domestic– the Dark Universe was put on hold and seemingly scrapped.

The Director of the movie, Alex Kurtzman, recently shared on the Bingeworthy Podcast that he had “about a million regrets with the movie.”

“I tend to subscribe to the point of view that you learn nothing from your successes, and you learn everything from your failures. And that was probably the biggest failure of my life, both personally and professionally,” Kurtzman said. “There are about a million things I regret about it, but it also gave me so many gifts that are inexpressibly beautiful. I didn’t become a director until I made that movie, and it wasn’t because it was well directed – it was because it wasn’t.”

Kurtzman said the project was brutal at times, but it allowed him to become a better director in the end.

“And as brutal as it was, in many ways, and as many cooks in the kitchen as there were, I am very grateful for the opportunity to make those mistakes because it rebuilt me into a tougher person,” Kurtzman said, noting how the difficult process helped instill confidence in his voice, which has further elevated his vision as a director. “I’m very clear now when I have a feeling that doesn’t feel right – I am not quiet about it anymore. I will literally not proceed when I feel that feeling. It’s not worth it to me. And you can’t get to that place of gratitude until you’ve had that kind of experience.”

Interestingly enough, Tom Cruise was suggested to play Iron Man in Doctor Strange 2. Many fans said that he may even be a “superior Iron Man” compared to Robert Downey Jr.

What did you think of The Mummy reboot and the Dark Universe idea? Let us know in the comments!