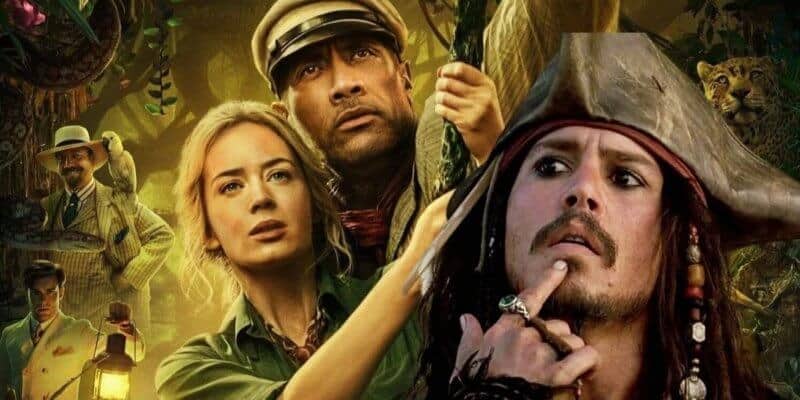 As Disney’s live-action Jungle Cruise film release of July 30 approaches, many fans of both Dwayne “The Rock” Johnson and Emily Blunt, as well as the Disney attraction, are excited to have the film come to life.

Disney has slowly started to take some of its original attraction IP and convert them into live-action films. It seems that audiences often love to see their favorite Disney attractions in the form of a movie. With the creation of Jungle Cruise, during an interview, Blunt and Johnson discussed where the inspiration for the film came from, and it seems that the apple does not fall far from the tree.

“The movies that truly inspired this movie are Romancing the Stone and certainly Pirates of the Caribbean, because we have an opportunity here to make a movie that’s based off an iconic Disney ride that has been beloved for generations and generations and the responsibility of that,” Johnson explained. “These movies aren’t made that often. People try, and sometimes they talk about making movies like Romancing the Stone. [Jungle Cruise] is that kind of movie — and also certainly what separates this from not only Jumanji, but certainly from anything else I’ve ever done from every other movie out there.”

Pirates of the Caribbean also focuses on the character’s relationship with each other, even if it is an unlikely pairing, which we may likely see in Jungle Cruise. Both films also dip into the world of the supernatural. Considering how Pirates of the Caribbean is in the hot seat at the moment because many fans are upset Johnny Depp has been removed as Jack Sparrow, it could help Disney if another similar style live-action could prove to be successful and develop a similar cult following.

After many COVID-19 related delays, the anticipation for the film has been built up, and now we will soon see how audiences react!

Are you planning on watching Jungle Cruise once it is released?