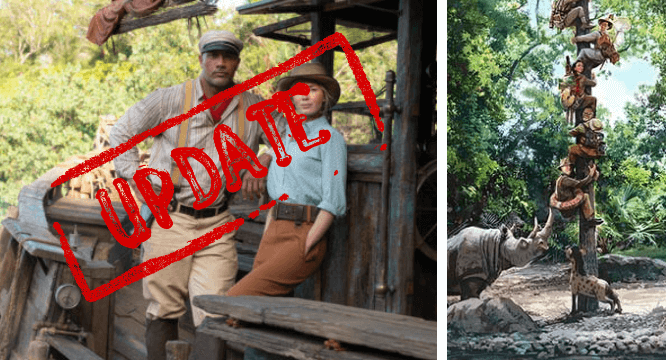 Jungle Cruise is slated to be released (in theatres or on a digital platform is unknown) to the world later this summer after two push back due to complications.

Titled after its classic namesake theme park attraction, Jungle Cruise will star Dwayne Johnson “The Rock” and Emily Blunt on an adventure like no other. The biggest news to hit the front page comes from D23 today, noting that the scheduled refurbishment and retheme of the attraction will not involve the storyline or characters featured in the upcoming film.

Pirates of the Caribbean was such a worldwide hit that film elements, as well as the Jack Sparrow character, were heavily integrated into the theme park attraction on both United States coasts. While some Disney Park fans have really enjoyed these additions, there was also pushback from theme park purists that wanted the original attraction elements to shine brighter.

When Dwyane Johnson announced via an April 2017 social media post that he would be involved in the reimagining of the ride, the news went mostly unnoticed. But fans eventually caught wind of the refurbishment, and now we have official confirmation that the ride will be undergoing updates and reimagined scenes. 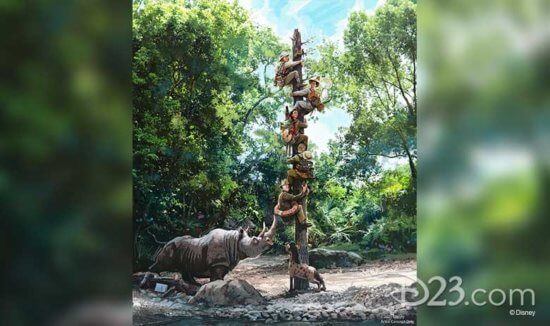 D23 “sat down with Walt Disney Imagineering Creative Portfolio Executive Chris Beatty to get all the details on everything coming to the Nile. And if you don’t believe us… well, you know the rest.” One of the most interesting questions and answers came later in the interview. Regarding the upcoming Jungle Cruise film, Beatty replied that he was very excited for the film, “but that integrating the film into our classic Jungle Cruise is not part of this effort.”

With the Jungle Cruise movie opening this year, will that be incorporated, as well?
I’m excited about the movie and having Dwayne Johnson and Emily Blunt be a part of that film. But these adjustments are really focused on enhancing the existing attraction storyline and addressing some areas that needed refreshing along the way. I’m sure the film is fantastic and we’re very excited about it, but integrating the film into our classic Jungle Cruise is not part of this effort. Does that mean that as Imagineers we won’t put Easter eggs in there? We’ll definitely do that. But we are not adding a major storyline or character from that film. – D23

Fans of the Jungle Cruise, as well as general Disney film easter eggs, can rest easy that Imagineers will be “laying” a few surprises throughout the attraction. Once the film debuts this summer, you might know exactly what to look for!

Are you happy or sad that the World’s Exotic Jungle Cruise will or will not involve the upcoming film release’s elements? Leave us a comment below with your thoughts!