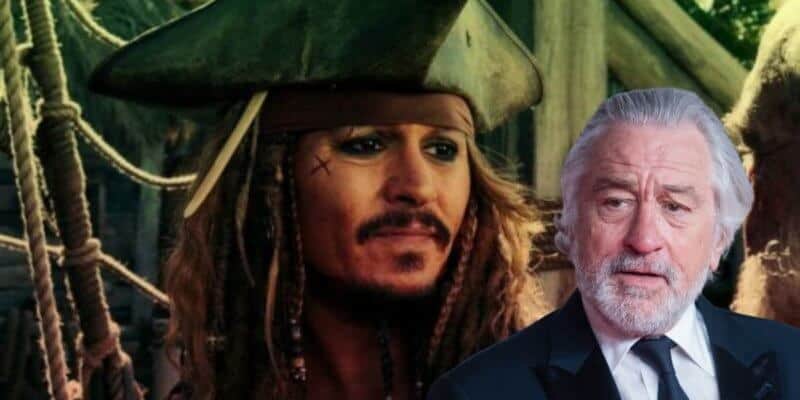 When someone thinks of Pirates of the Caribbean characters, Jack Sparrow often comes to mind.

Johnny Depp’s portrayal of the iconic character has been ingrained in the minds of many, but what if we told you that Depp was not Disney’s first choice. Although it may be hard to imagine any other actor playing the rum-loving pirate, the role was actually originally meant to go to Hollywood star Robert De Niro!

When casting for Pirates of the Caribbean: The Curse of the Black Pearl, the creators of the film looked through various actors to try and find someone who could be the perfect Jack Sparrow. Canadian actor Jim Carrey was in the mix of names for the role, but eventually, the producers decided to offer Robert De Niro the role of Captain Jack Sparrow.

At the time of creating the film, there had yet to be an attraction-based Disney film. Typically, a film was created and then a ride, but in the instance of Pirates of the Caribbean, this was the first attempt at flipping that formula. The film was considered to be a risk, and the idea of direct to video was even being considered. With all this in mind, De Niro thought the film would be a bust and turned down the role.

While this was happening, Johnny Depp was looking for a family-orientated film to dig into, and everything fell into place. After the first Pirates film made $654.3 million at the box office, De Niro may have been kicking himself as he would go on to try and play a pirate role in Stardust. The film did well but did not nearly receive the praise and fandom that we have seen evolve in the Pirates of the Caribbean franchise.

Disney has given Johhny Depp the boot from the franchise after the ongoing legal battle against ex-wife Amber heard has shone a negative light on the actor. Even after the company ousted Depp, they continue to use his image as Jack Sparrow as fans can’t get enough. Meet and greet, Disney attractions, and even Disney collaborated video games showcase the Johnny Depp rendition of the actor in terms of look, sound, and attitude.

Could you imagine Robert De Niro playing Captain Jack Sparrow? Let us know your thoughts below!