Johnny Depp Officially Replaced By Dwayne Johnson - Inside the Magic 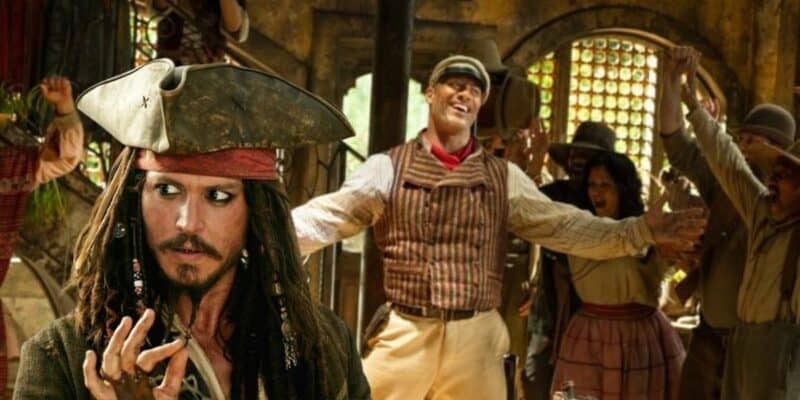 Dwayne Johnson has become an icon, and is one of the most popular and most recognized faces in all of Hollywood.

Dwayne The Rock Johnson got his start in Vince McMahon’s WWF (now WWE) and quickly rose to stardom due to his charismatic personality. He is best known for his fued with Stone Cold Steve Austin, and there have even been reports in the last few months that The Rock could make a return to the WWE for one last match against his cousin, Roman Reigns. It’s been more than a decade since Dwayne Johnson got in a wrestling ring, when he faced now-emerging actor John Cena.

But, while The Rock has had quite the successful wrestling career, he has transcended all popularity ranks because of his movie career.

Now, a list has emerged ranking the most popular actors among Gen-Zers, and it should come as no surprise that Dwayne Johnson was on top of the list, heavily beating many other popular names like Tom Holland, Johnny Depp, Robert Downey Jr., and Emma Watson.

Johnson took to Twitter to thank his fans for their support over the years.

Cool stuff  Thx u Gen Z for choosing this Gen X big, brown, bald, tattooed, fanny pack man as your #1  I’ll continue to work hard to provide entertainment and comfort for all you As well as good tequila. If you’re over 21  Thanks again, means a lot  LFG #GenZ

As well as good tequila.

Thanks again, means a lot 🙏🏾

A poll among Gen-Xers actually showed Johnny Depp as the most popular actor for quite some time, but as you can see, when you get a younger generation, it is Dwayne Johnson who actually wins the contest.

Most recently, Dwayne Johnson starred in Black Adam (2022) and Netflix’s Red Notice (2021), as well as his new NBC sitcom Young Rock, where we get a picture of what his childhood was like growing up, including his relationship with his father Rocky Johnson. The Rock also just lent his voice to the movie DC League of Super-Pets (2022) alongside friend Kevin Hart, which was released earlier this year.

Johnson has been at the center of discussions recently, however, as James Gunn’s new DC Universe comes together and this included axing Henry Cavill from his role as Superman, just after making a cameo in Johnson’s Black Adam.

What do you think of The Rock’s popularity, which has transcended generations? Let us know in the comments!