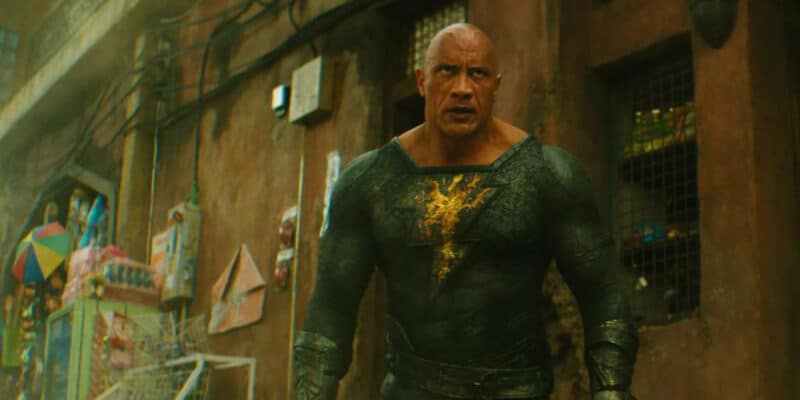 Dwayne The Rock Johnson has become one of the most recognized actors in Hollywood today. Dwayne Johnson got his start as a professional wrestler for WWE in the late 1990s. He quickly rose to become one of the biggest stars in the industry under the name ‘The Rock,’ and his charisma led to him landing roles in Hollywood just a couple of years into his run as a wrestler.

Johnson’s newest film, Black Adam, was supposed to be a major hit that set the DC Universe in motion for its next phase. Unfortunately, that didn’t happen.

The film was considered a failure at the box office, earning $400 million worldwide against a budget of nearly $200 million, and since that point, there has been nothing but turmoil surrounding Warner Bros. and the DC Universe.

Just weeks after being told to announce his return, Henry Cavill (Superman) was told that he would be cut from the DC Universe after all. This made the ending credits scene of Black Adam— which, spoiler alert, included Cavill making an appearance– make absolutely no sense.

No one has been safe since Warner Bros. Discovery hired James Gunn to become co-chairman and co-CEO of DC Studios, including Johnson.

Recently, Dwayne Johnson took to social media to address a couple of rumors and reports that had been circulating.

First, The Rock debunked a report that Henry Cavill had fired his manager months prior to his exit as Superman.

UPDATE: @TheRock has debunked a report from @PuckNews claiming that Henry Cavill fired his manager months prior to his #Superman exit.

UPDATE: @TheRock has debunked a report from @PuckNews claiming that Henry Cavill fired his manager months prior to his #Superman exit. https://t.co/nIruAObFWO pic.twitter.com/bRK5mvbs6B

Johnson also took to Twitter to dispell a report that he had unfollowed his own movie, Black Adam, and Warner Bros. on Instagram.

While Johnson has stepped in to share the truth about a few of the rumors, he has yet to address the failing Black Adam or his future in the DC Universe. Many signs point to him not returning, but there is no confirmation either way at this point.

What do you think of the controversies happening with DC Studios? Let us know in the comments!