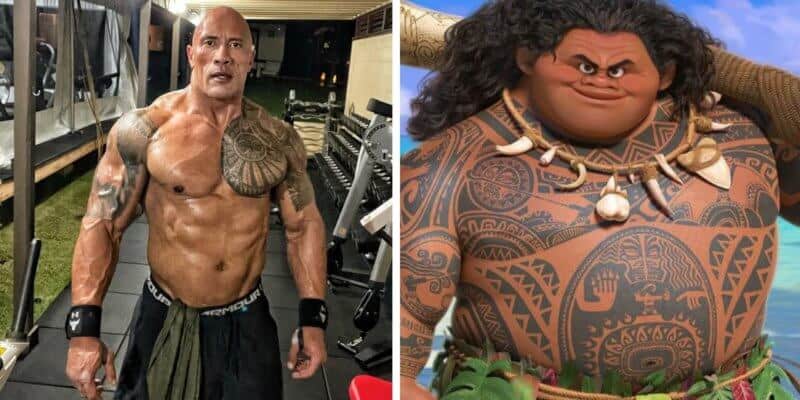 When it comes to Dwayne ‘The Rock’ Johnson, almost everyone around the globe knows of the former WWE Champion turned actor. Dwayne has a way of adapting himself to fit many roles such as the action-packed Universal franchise Fast & Furious where Johnson plays Agent Hobbs, to the Disney musical sensation Moana where Johnson plays a singing demigod.

It is clear that although the actor may be deemed “The Rock” from his tough exterior, Rocky Johnson is a lovable character who has fans flocking to all of his movies due to the wide range the actor can play. But is the actor ready to step away from Hollywood to take a seat in Washington?

Whether “The People’s Champ” would ever actually run for office is one that has been brought up in the past.  Now, after a recent interview with USA Today, it seems that the door to run for President is still wide open.

Johnson stated, “I would consider a presidential run in the future if that’s what the people wanted,” he said. “Truly I mean that, and I’m not flippant in any way with my answer. That would be up to the people…So I would wait, and I would listen. I would have my finger on the pulse, my ear to the ground.”

The idea of having Johnson run for President is not as far-fetched as some may believe, and actually, quite easy to picture. The WWE superstar actually runs for president in his show Young Rock, so the visual is already there.

It seems that anyone who wants to see Johnson run for President has Young Rock‘s show creator, Nahnatchka Khan, to thank.  Johnson explained why his character runs for President in the show: “First of all, we wanted to figure out three points of my life that were defining times. When I was 10 years old living here in Hawaii when I was 15 years old after multiple arrests and doing a lot of things I shouldn’t be doing. And then when I was 18 years old when I started to get my life a little bit back on track going to the University of Miami. Then she had said, ‘Well, ultimately the audience is going to want to see you. What’s a creative way that we can infuse you into the show?'”

Related: Dwayne “The Rock” Johnson wants a role in the next “Deadpool” film

Johnson was not fully sold on the idea at the beginning, but it seemed that he just needed a little push from the brilliant women in his life. “I said, ‘I don’t know, it feels a little political.’ And she goes, ‘Well there might be a few people who want to see you run for president, so think about it. So I went home, I talked to Lauren (Johnson’s wife), as you and I do we go home and talk to our wives. Lauren said, ‘I think you should do it, I think it’s great.'”

Young Rock follows Dwayne Johnson’s life, so it may be an interesting foreshadow considering once he gets to play his current self, he is running for President. Plus, if he did ever run and won, Disney fans everywhere would likely flock to the Hall of Presidents to see his animatronic speak. As a reminder, the Hall of Presidents at Disney World’s Magic Kingdom is currently under refurbishment as the newly elected President Biden is being integrated into the attraction.

Dwayne Johnson will also be starring in Disney’s Jungle Cruise. Based on the iconic Disneyland attraction, the live-action adventure flick will star “The Rock” alongside Emily Blunt (Mary Poppins) in a remake of the classic Humphrey Bogart movie, The African Queen. Initial trailers showed fans strong continuity to the attraction and all the signs of a fun Disney adventure, although it has since been confirmed that The Jungle Cruise attraction re-theme will not pull its storyline from the film.

It was originally scheduled to premiere on July 24, 2020, but Walt Disney Studios has now confirmed Jungle Cruise won’t premiere until July 30, 2021.

Do you think Dwayne “The Rock” Johnson would make a good President of the United States?