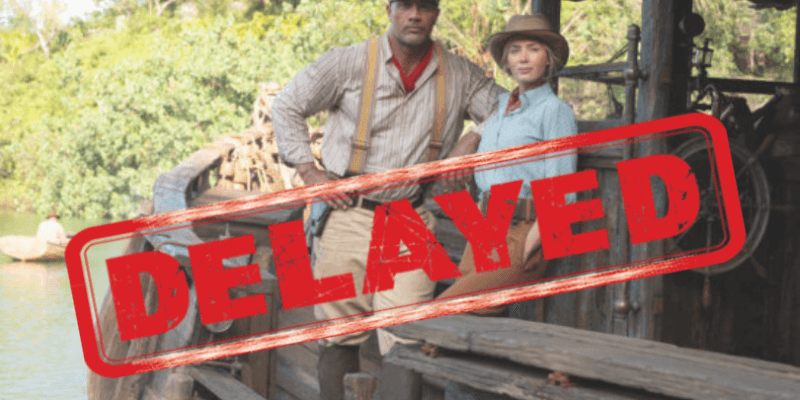 Walt Disney Studios has finally delivered some clarity on when and how its fans can expect to see its upcoming projects, including Jungle Cruise.

Based on the iconic Disneyland attraction, the live-action adventure flick stars Dwayne “The Rock” Johnson and Emily Blunt in a pseudo-remake of the classic Humphrey Bogart movie, The African Queen. Initial trailers showed fans strong continuity to the attraction and all the signs of a fun Disney adventure.

It was originally scheduled to premiere on July 24, 2020, but now Walt Disney Studios has just confirmed Jungle Cruise won’t premiere until July 30, 2021.

According to an official press release from the studio, Jungle Cruise was moved so Disney could give its release date to the highly-anticipated, and already-delayed, Mulan live-action remake. It will be the climax of a summer movie season that begins with the release of Cruella starring Emma Stone (May 28, 2021) and includes a new untitled Pixar film (June 18, 2021). Marvel‘s latest film, Black Widow starring Scarlett Johansson, was also pushed back, but it will still hit theaters this year (November 6, 2020).

Beyond the release of a few trailers, and some pieces speculating on the condition the timeless ride will take once it is released, Jungle Cruise has received relatively little press. And this is a good thing.

Considering that most movie news outside of the press tour focuses on delays, one is left to assume that the production and post-production of the Jungle Cruise movie were going smoothly right up until almost all studio activity was brought to a halt due to the current pandemic situation. The lack of press also unintentionally alludes to the frivolously mysterious nature of Jungle Cruise.

On movies.disney.com, the official synopsis advertises an unforgettable adventure into the Amazon that will spark a few screams, a lot of laughs, and one visual spectacle:

Join fan favorites Dwayne Johnson and Emily Blunt for the adventure of a lifetime on Disney’s JUNGLE CRUISE, a rollicking thrill-ride down the Amazon with wisecracking skipper Frank Wolff and intrepid researcher Dr. Lily Houghton.

Lily travels from London, England to the Amazon jungle and enlists Frank’s questionable services to guide her downriver on La Quila—his ramshackle-but-charming boat. Lily is determined to uncover an ancient tree with unparalleled healing abilities—possessing the power to change the future of medicine.

Thrust on this epic quest together, the unlikely duo encounters innumerable dangers and supernatural forces, all lurking in the deceptive beauty of the lush rainforest. But as the secrets of the lost tree unfold, the stakes reach even higher for Lily and Frank and their fate—and mankind’s—hangs in the balance.

The extra days have now been added to the countdown, but you can bet we’ll be ready to board that boat when it arrives.