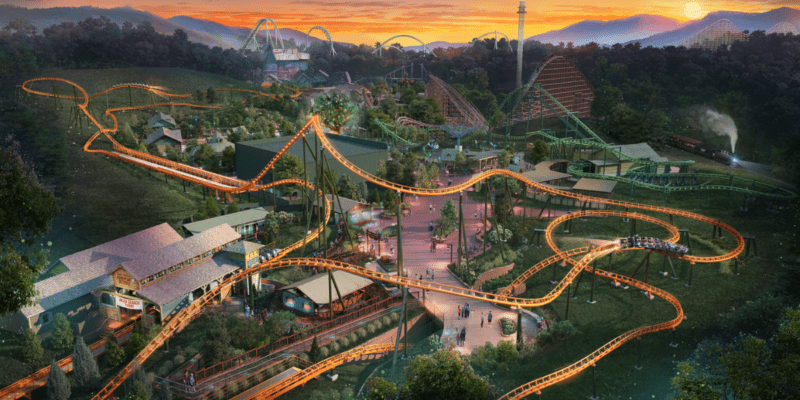 The “Largest Single Attraction Investment” at a popular theme park is nearing fruition, gearing up to welcome all Guests soon!

Theme parks across the nation are constantly competing to provide the best and most exciting experiences to their Guests, whether with new thrilling attractions, special events and offers, fresh entertainment offerings, innovative experiences, and much more. And aiming to stay ahead of the curve, a popular theme park is taking massive steps toward completing its latest roller coaster, which promises to be the “largest single attraction investment” in the Park’s history.

Dollywood, Dolly Parton’s famous theme park located in Pigeon Forge, Tennessee, announced in 2022 that the Park would develop an all-new roller coaster that would be its “largest single attraction investment.” Big Bear Mountain is currently taking massive steps forward in its development at Dollywood’s Wildwood Grove expansion and is set to be the longest coaster in the Pigeon Forge Park.

Dollywood (@Dollyood) recently announced through the Park’s social media channels that the track for this thrilling roller coaster — which Dolly Parton herself refuses to ride for a reason you can’t imagine — had been completed at the Pigeon Forge Park, with the last piece coming into place earlier this week.

The Big Bear Mountain track is now complete after the final piece went into place this week🐻 pic.twitter.com/8hSUvJvaKj

Big Bear Mountain is set to open in Spring 2023. While no official opening date has been announced yet, it is possible that Passholders could experience the new coaster as early as March 10 — during the Passholder Preview Day —and all Guests could take a ride as early as March 11, when Dollywood resumes operations after its seasonal closure, per the Park’s calendar. However, it is worth mentioning that these dates are purely speculative as, again, Dollywood officials are yet to share an official opening date for the attraction.

Dollywood’s largest ever park expansion, Wildwood Grove, is getting even bigger! Debuting in the spring of 2023, Big Bear Mountain will be the longest coaster at Dollywood, taking guests of all ages on an unforgettable family-friendly expedition in search of the Big Bear. Circling Wildwood Grove for nearly two minutes on 3,990 ft. of track, this gigantic coaster is a first of its kind at Dollywood with onboard audio, including music and announcements from Ned Oakley himself.

Have you visited Dollywood? Tell us about your experience in the comments below!