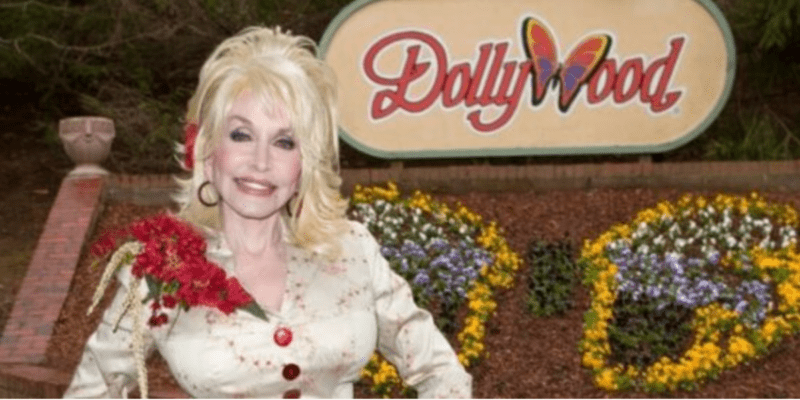 There are few theme parks in the nation more beloved than Dollywood.

Dollywood, located in Pigeon Forge, Tennessee, is home to many thrilling and iconic attractions, all in the Great Smoky Mountains. When visiting the theme park, you get to get a look at where it all started for the renowned country singer Dolly Parton and take part in many fun attractions that simply can’t be experienced elsewhere.

Dollywood was named the nation’s best theme park in 2022 by Trip Advisor, beating out Walt Disney World, Disneyland Resort, and many others, and much of this has to do with the hard work and investment that Dolly Parton has put into continuing to build the theme park area.

In a recent interview with Jimmy Fallon, Parton did reveal that she has one regret in relation to the theme park.

Parton shared in her book that a CD with a never-before-heard song was locked in a “Dream Box” at Dollywood’s DreamMore resort in Pigeon Forge. The song is set to be released in 2045.

“We do a lot of things at Dollywood, and one year, we thought about that. They asked me if would write a song that nobody would ever hear. I’ll be dead and gone, well I might not be, cause I’ll be 99. You know me, I might still be hoppin’ around,” Parton said.

Parton said she wants to “dig it up” because it “was a really good song.”

“I don’t know what they’ll do with it, but I have regretted that because it was a really good song,” Parton said. “I keep wantin’ them to let me dig it up put something else it it that isn’t as good.”

She also added that she hopes that anyone who is around when the song is eventually played enjoys hearing it.

A highly-awarded and widely-recognized leader in the amusement industry, The Dollywood Company consists of the 160-acre Dollywood theme park; the 35-acre Dollywood’s Splash Country; and Dollywood’s DreamMore Resort and Spa. Currently under construction, Dollywood’s HeartSong Lodge & Resort is scheduled for completion in 2023.

As unique as its namesake and owner Dolly Parton, Dollywood is the 2010 Applause Award winner, the theme park industry’s highest accolade; winner of 45 Golden Ticket Awards; and recipient of 28 Brass Ring Awards for Live Entertainment (more than any other theme park in the world). The park is located near Great Smoky Mountains National Park and was named in 2022 by Tripadvisor as the top theme park in the country.

It also has been recognized as a top-three U.S. theme park by USA Today on multiple occasions. Dollywood is open mid-March through early January and offers rides and attractions, shows and crafters authentic to the East Tennessee region. Dollywood’s Splash Country, recognized by the Travel Channel and Tripadvisor as one of the country’s most beautiful water parks, operates from mid-May to Labor Day. Dollywood’s DreamMore Resort and Spa, a favorite of USA Today voters and Tripadvisor reviewers, provides guests with spectacular mountain views and family-friendly amenities next door to Dollywood theme park and Dollywood’s Splash Country.

What do you think of these comments from Dolly Parton? Let us know in the comments!