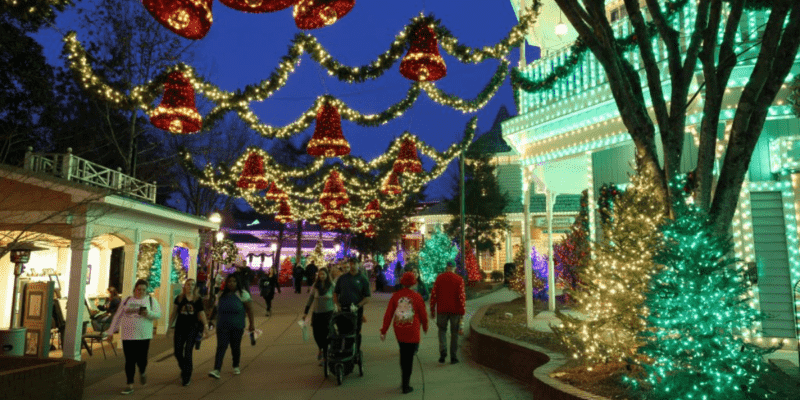 As a popular theme park reopens its doors, thousands of Guests caused a swift change in Park operations as attendance soared.

Nearly every state in America was affected by the record-breaking low temperatures, wind, ice, and snow over the Christmas weekend, with thousands of flight cancellations, coast-to-coast winter-weather alerts, and, of course, multiple theme park closures — including Universal Orlando Resort, Hersheypark, Kings Dominion, Six Flags, and Dollywood. As operations slowly resume at these popular theme parks, with some intermittent adjustments due to the effects of the arctic blast that brought these severe weather conditions, thousands of families flooded a popular theme park upon its reopening, causing a swift change in operations to accommodate the large crowds.

Dollywood, Dolly Parton’s famous theme park located in Pigeon Forge, Tennessee, had to close its gates on December 23 due to record-breaking low temperatures the Christmas weekend in the area. The Park remained closed through December 26, with a late opening and early closing on that date out of an abundance of caution. Dollywood remained closed on December 27 as operating teams prepared for a safe reopening on December 28.

While Dollywood resumed its normal theme park operations yesterday, December 28, thousands of families flooded the Park today, December 29, causing officials to swiftly modify the Park’s operating schedule. As shared on Dollywood’s Instagram account (@dollywood) via Instagram Stories, “Due to high attendance, park hours have been extended until 10 p.m. today, Dec. 29. Additional parking is available at Patriot Park and other public lots with access via the Pigeon Forge Trolley system.”

Dollywood did not state if theme park operations will follow this trend tomorrow, December 30, as attendance will undoubtedly be as high.

The last month of the year has not been exactly kind to Dollywood, as the theme park had to cancel all its fireworks presentations for the remainder of 2022. However, Dollywood continues to provide beyond-great service for all Guests and exceptional care for its employees — despite a major regret from Dolly Parton at her award-winning theme park.

Will you visit Dollywood to enjoy the last days of Smoky Mountain Christmas at the Park? Let us know in the comments below!