Guests Stranded at Disney World For Days, Some Drive 20 Hours as Southwest Cancels Thousands of Flights - Inside the Magic 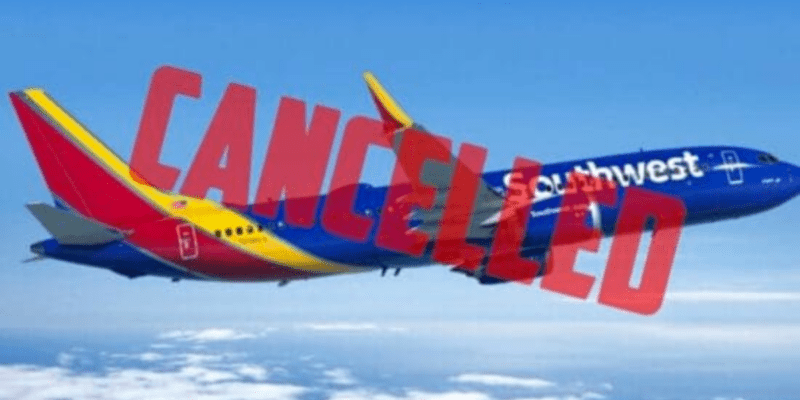 Take it from this writer; it’s been a rough few days to be a Southwest Airlines traveler.

As one of the most popular budget airlines in the country, Southwest is known for its friendly customer service, free checked baggage, and even a few magical collaborations with Walt Disney World Resort.

Following fierce winter storms across the United States last week, thousands of passengers across the country have found themselves stranded at airports and hotels as Southwest Airlines cancels thousands of flights.

Though many airlines experienced cancellations and delays due to the blizzard – Buffalo Niagara International Airport hasn’t reopened due to the impact of the once-in-a-lifetime storm – Southwest Airlines is the worst of them all.

Per Denver news station KDVR, flight attendants out of Denver International Airport claim that outdated scheduling software is the reason for the cancellations, lost baggage, and stranded customers. Most airlines have been able to recover from the storm.

According to Nexstar Reporter Scott Gustin, Southwest Airlines travelers at Orlando International Airport have been told they won’t be rebooked until December 31 at the earliest:

Same announcements at @MCO — Southwest is telling customers they won’t be rebooked until Dec. 31 *at the earliest.* 👀😬

Same announcements at @MCO — Southwest is telling customers they won’t be rebooked until Dec. 31 *at the earliest.* 👀😬 https://t.co/VG1oKtsKS8

Walt Disney World Resort does its best to accommodate stranded travelers, who will likely be relocated to any available Resort hotel rooms. This event coincides with the busiest time of year at the Florida Disney Park. Most of the Disney Parks sell out for the week between Christmas and New Years’ Eve months in advance.

“Most people would call it quits…. But my in-laws, toddler, wife, and I are making the 20 hour drive instead,” the Guest wrote. “Disney better bring on the magic when we get there!”

Are you impacted by the issues with Southwest Airlines? Share your story with us in the comments.

Comments Off on Guests Stranded at Disney World For Days, Some Drive 20 Hours as Southwest Cancels Thousands of Flights