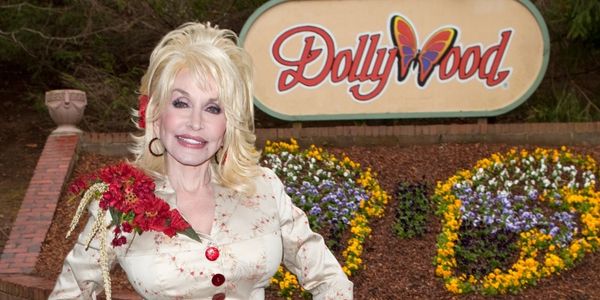 While every theme park in America seems to be introducing new and exciting experiences, the number one theme park in the United States is one major project that we couldn’t be more excited to see!

The recently-announced $25 million Big Bear Mountain roller coaster will up a whopping six acres and will expand the Wildwood Grove section of the park.

The attraction will feature three different launches across 3,990 feet of track. The project also marks the latest step in the half-billion-dollar expansion announced in 2021. The coaster will reach a top speed of 48 miles per hour, with the highest track elevation reaching 66 feet. This massive ride is described by Dollywood’s website as follows:

Things Are About To Get BIG

It’s almost time to venture into the Smokies for an unforgettable adventure aboard Dollywood’s largest attraction. Ned Oakley, Wildwood Grove’s resident wilderness explorer, knows a thing or two about this hidden land and is setting up the Adventure Outpost Base Camp, located just a stone’s throw away from the Grove’s Hidden Hollow. Here, you’ll join Ned in his specially-outfitted, four-wheel drive SUVs for the ride of your life in search of the Grove’s most storied and elusive inhabitant, Big Bear.

Related: Guest Sent to ER Bleeding After iPhone Flies Off Roller Coaster, Hits Them in Face

“Last year we said we were going to be investing half a million dollars in the next ten years,” said Pete Owens, Dollywood’s vice president of marketing. “This is obviously part of that investment strategy and we’re investing all over the park, not just in Wildwood Grove. But this is phase two. So you’ll see another opportunity to expand in that area sometime during that timeline.”

Dolly Parton herself explained the theme of the new roller coaster, stating that Guests are on the search for a “huge bear that’s been roaming these hills for years. “The folks around Wildwood Grove said they’ve seen him,” Parton joked recently.

Parton also added that, while she’s excited about the new experience, she probably won’t be riding the coaster herself anytime soon. “Doesn’t that look like fun?” she said, “You know I’m not going to get on that. If I get on that thing you’d find my wigs on one of those trees,” she joked.

Related: This Disney Restaurant Has Better Bread Pudding Than ‘Ohana

Big Bear Mountain will be the longest coaster at Dollywood, taking Guests of all ages on an unforgettable family-friendly expedition in search of the Big Bear. This gigantic coaster is a first of its kind at Dollywood with onboard audio, including music and announcements from Ned Oakley himself.

Will you be visiting Dollywood soon?